Chow-Yang Lee, Professor at the Department of Entomology at the University of California, shares an overview of the latest trends and findings in subterranean termite research.

More than 20 years ago, when I started working with termites in Malaysia, I learned this famous statement about termites: ‘There are two types of houses – houses with termites, and houses that will have termites.’ Termites cause significant economic losses amounting to some US$40 billion annually (Rust & Su 2012). A compilation of the financial losses due to termite damages in selected countries in Asia and Oceania is shown in Table 1 below.

Table 1: Economic losses per annum due to termite damages in selected countries in Asia1

Termites are probably the most important group of urban insect pests in Asia and Oceania, as these two regions are blessed with diverse termite species and inundated with the most destructive termite species in the world (Table 2).

The management of subterranean termites has relied heavily on chemicals (soil treatment, baiting, and dusting) and physical barriers. Soil treatment involves creating a chemical barrier to prevent termites from entering the building and structures. This approach, however, can fail if poor application results in treatment gaps that make ways for termites to pass and gain access to the building. Using the right concentration and application technique, recent non-repellent insecticides are undetectable to the foraging termites, hence providing continuous exposure that may lead to suppression of the colony (Itakura et al., 2021).

On the other hand, baiting is a popular approach that uses a relatively small amount of insecticide compared to soil treatment. Benzoylphenylurea compounds are common active ingredients used in termite bait. They inhibit chitin synthesis and disrupt insect cuticle formation during moulting. Baiting can successfully eliminate termite colonies, especially those of the lower termites (from family Rhinotermitidae), but they are less effective against higher termites (family Termitidae) (Lee, 2014). Dusting is often regarded as a symptomatic treatment only, although some pest management professionals may disagree.

Over the last few years, there have been several exciting discoveries related to termite biology and management. This article reviews a few of the exciting findings and examines their potential in future termite management strategies.

Artificial sweeteners, also known as zero-calorie sweeteners, or low-calorie sweeteners, are regularly found in beverages, food, drugs, and other products. They are derived from plant extracts or manufactured by chemical synthesis. Ingestion of sweeteners by insects can lead to significant physiological effects, such as mortality, decreased fecundity, and behavioural change. In a recent study, a common sweetener, erythritol, was evaluated against the Eastern subterranean termite, Reticulitermes flavipes (Caponera et al., 2020). The authors fed the termites with erythritol-treated papers and observed that mortality increased with increasing concentrations of erythritol. The insects did not display any avoidance behaviour towards erythritol-treated paper, suggesting the potential of using erythritol as a bait toxicant.

One of the most common homeowner complaints is the amount of time required to eliminate a termite colony after baiting. Because the baited termites are only affected when they try to moult, the period from installing termite baits to eliminating the termite colony could take up to several months. Su & Monteagudo (2017) evaluated ecdysone, 20-hydroxyecdysone, and halofenozide (an ecdysone agonist) against the Formosan subterranean termites Coptotermes formosanus and R. flavipes. Ecdysone is the moulting hormone secreted by the insect prothoracic gland that stimulates the metamorphosis process. After secretion into the insect’s blood, ecdysone is converted to 20-hydroxyecdysone. The authors found that both ecdysone and 20-hydroxyecdysone were effective in causing premature moulting processes at low concentrations, indicating their potential to be incorporated into termite baits to accelerate premature moulting.

Further study by Carnohan & Su (2018) and their experiments on 20-hydroxyecdysone alone and in combination with noviflumuron (a chitin synthesis inhibitor) in laboratory studies against C. formosanus, Coptotermes gestroi (Asian subterranean termite), and R. flavipes found that the mortality induced by 20-hydroxyecdysone was similar to that by noviflumuron. They concluded that 20-hydroxyecdysone has the potential to reduce colony elimination time when incorporated into termite bait.

There are also studies on improving termite feeding activity on bait. When feeding in bait stations, it is often observed that termites bring in and pack the bait station with soil. In studying this behaviour, Xiong et al. (2018) reported that in their study with C. formosanus and Reticulitermes guangzhouensis, containers (resembling termite monitoring stations) that were packed with clay attracted significantly more termites compared to those that were filled with soil and those that were unfilled. Looking at the issue of bait attraction, Suhara (2020) evaluated several nutrients on C. formosanus and found that the addition of dipotassium phosphate increased feeding consumption most significantly in multiple feeding choice tests. The author concluded that this was because termite colonies were deficient in phosphorus, hence the provision of phosphate can promote feeding activity. This discovery could help to improve the performance of the termite bait matrix.

In major cities in Asia and Oceania, where high-rise buildings are typical, the above-ground (AG) bait station is preferred over the in-ground monitoring station. AG bait is usually placed in a lidded box with one side mounted on the wall. It must be completely sealed to prevent airflow that may discourage termites from entering the station. Installation can be challenging, especially when placing the AG station on uneven surfaces. AG stations are also visible to residents who may dislike being reminded of the presence of termites. The potential for a fluid/gel bait, similar to cockroach and ant gel bait, which can be injected into termite-infested voids in walls, floors, and other parts of a structure was reported by Su (2015). The bait formulation contained alpha-cellulose, a proprietary termite feeding stimulant, and 0.5% hexaflumuron. Both laboratory (Su, 2015) and field evaluations (Su et al., 2018) showed promising results against subterranean termites such as Coptotermes and Reticulitermes. It is anticipated that a termite gel bait formulation will be available in the future.

Baits containing chitin synthesis inhibitors could eliminate subterranean termite colonies if they consume enough bait to impact the colony. However, if termites are disturbed during the feeding period, they may abandon the bait station, potentially affecting colony elimination. So, how much bait needs to be consumed to eliminate a termite colony? In a study by Chouvenc & Su (2017), whole laboratory colonies of Coptotermes gestroi (Wasmann) containing a mean of 59,000 termites were allowed to feed on 0.5% novifumuron baits, for a period of 1-10 days, to simulate temporary access to the bait as a result of disturbance. Even when access to the bait was only provided for a single day and only 1.1 g of bait matrix (equal to 5.5 mg noviflumuron) was consumed, the colonies were eliminated in three months. It is estimated a mature field colony of one million individuals only needs to consume around 20 g of bait (equal to 100 mg noviflumuron) in a relatively short period to acquire a lethal dose for colony elimination.

Termite baits are effective against the lower termites, especially those from the genera of Coptotermes and Reticulitermes. However, when dealing with higher mound-building, fungus-growing termites such as Macrotermes gilvus in Southeast Asia, they are less successful due to the biology and feeding behaviour of this species (Lee et al., 2014).

Recently, the potential of fipronil and imidacloprid as bait actives against M. gilvus was evaluated. Rolls of toilet paper were impregnated with fipronil and imidacloprid and left to be consumed by termites in the field. At 28 days post-treatment, 5-13% of the fipronil-treated toilet paper had been eaten, and termites had abandoned the bait and monitoring stations. In addition, no new bait or monitoring stations had been contacted, and damage inflicted on their mounds was poorly repaired, indicating poor colony health. However, the imidacloprid-treated toilet papers were not eaten, with termites having vacated these bait stations. However, they did contact new monitoring stations and the termites could readily repair their damaged mounds. All five fipronil-exposed colonies were eliminated at 56 days, whereas all imidacloprid-treated and control colonies were healthy. It was concluded that fipronil could be an effective active ingredient in baits targeting fungus-growing termites in the tropics.

Another study (Itakura et al., 2021) evaluated the performance of fipronil against the Formosan subterranean termite, and the Japanese subterranean termite (Reticulitermes speratus) when applied as a discontinuous soil treatment (versus the traditional continuous chemical barrier). The treated colonies were strongly affected; even after 2-3 years, no evidence of termite activity was found, indicating that the colonies were either suppressed or eliminated. The outcome of this study has significant implications on how non-repellent termiticides are applied in the future. However, more studies are warranted to further substantiate this finding.

Termite management occupies a significant proportion of the pest management industry in Asia and Oceania and will continue to grow in terms of market share. In some countries in the tropics, for every two pest management jobs, one is related to termites. With these recent discoveries, it is anticipated that there will be exciting termite management products in the next several years to come. 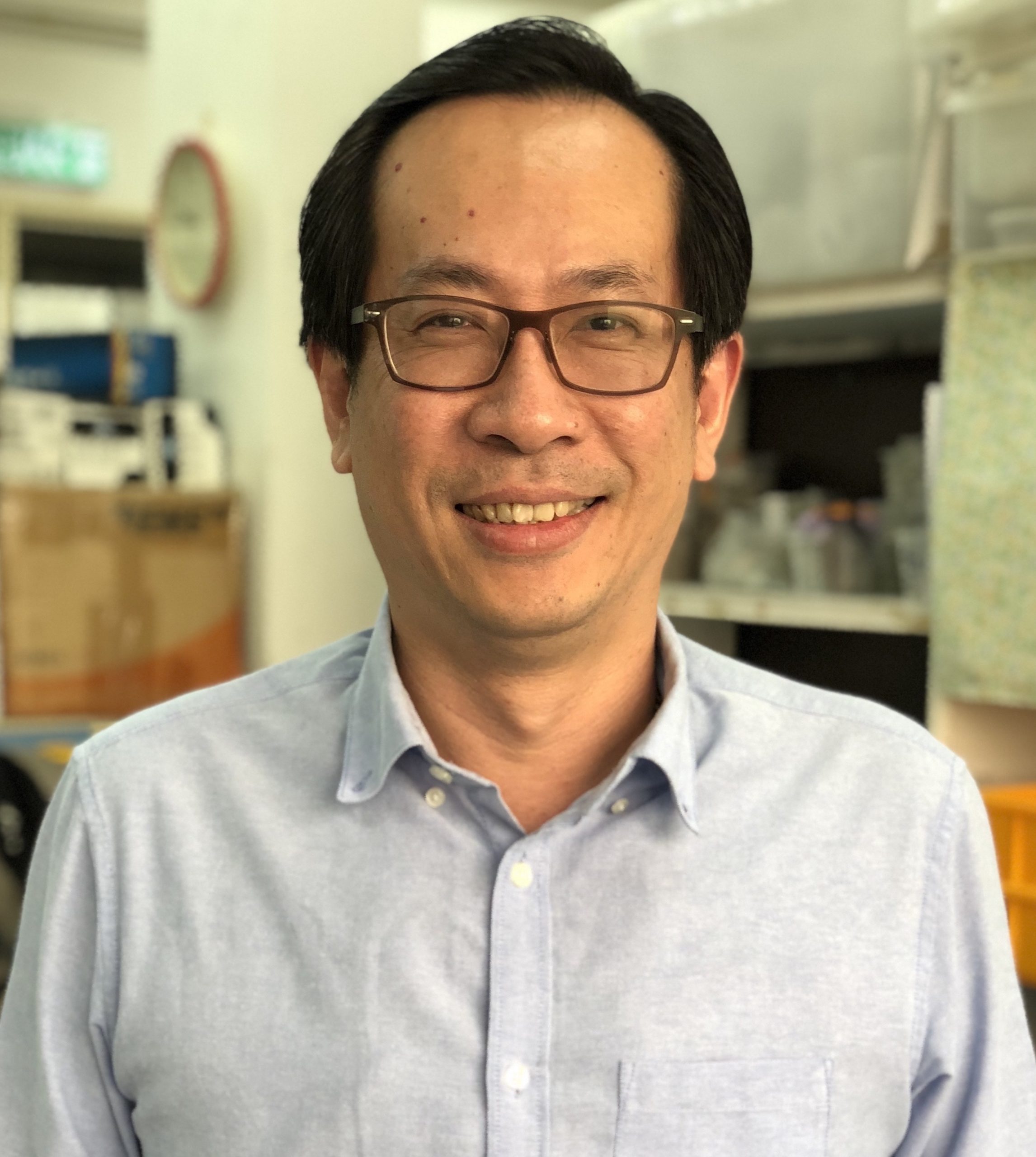 Chow-Yang Lee
Professor and Endowed Presidential Chair in Urban Entomology, University of California, Riverside, USA
chowyang.lee@ucr.edu
Chow-Yang Lee is the Professor and Endowed Presidential Chair in Urban Entomology at the University of California, Riverside, USA. His research involves understanding behavioural, ecological, and physiological adaptations of urban insect pests and how they help them thrive in the urban environment. He has published over 230 peer-reviewed papers and books and mentored 15 PhD and 30 Masters students.
Professor Lee has received many awards at international and national level, including the 2012 Top Research Scientists Malaysia, The Outstanding Young Malaysian Awards 2008, Fulbright Scholarship (2002), and the National Young Scientist Award (2000). He is one of the co-editors of the book Biology and Management of the German Cockroach alongside Drs Changlu Wang and Michael Rust, and Advances in the Biology and Management of Modern Bed Bugs (published in 2018). He was the Past President of the Pacific-Rim Termite Research Group for two terms (2012-2016).