Termite expert and director of ATP Research Scott Kleinschmidt shares his experience of undertaking a large-scale termite and timber inspection as part of a complex construction project. 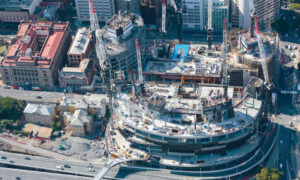 The Queen’s Wharf redevelopment is a multipurpose entertainment and hotel precinct currently under construction in the central business district of Brisbane. This mega project is the largest development undertaken in Queensland, costing $3.6 billion and covering more than 12 hectares of prime land in the heart of the city, and is due to open in mid-2023.

Whilst the project will deliver shiny, new, architecturally modern structures, it also encompasses Brisbane’s original buildings, with some dating back to the early 1800s. These heritage buildings are an integral part of the project and will be renovated and repurposed for a variety of food and beverage, tourism, and retail experiences.

The first step in renovating and repurposing the heritage buildings is to understand the current condition of the buildings, some of which have been abandoned for several years. The engineers designing the project needed to know the structural integrity of the timber components, as well as the presence and severity of any strength-reducing agents such as termites, borers, and decay, so they could calculate what loads the floor and roofing members can accommodate.

Experienced timber properties consultant Michael Powell (Biotica EC) was awarded the contract to inspect the heritage buildings and quickly contacted his old DPI Timber Research colleague Scott Kleinschmidt (Australian Timber & Pest Research) to assist. Realising the size of the project, Mr Kleinschmidt reached out to experienced pest management industry stalwarts Stewart Paterson and David Arnold to also be involved. Thus began an interesting, unique, and exciting project to inspect five heritage buildings in the middle of Brisbane’s CBD over a five-week period during the height of the Covid lockdowns in 2020.

Determining the strength of a timber member is an interesting concept. The first step is to identify the species of timber. Each species has inherent strength properties e.g. a piece of ironbark is naturally stronger than a similar-sized piece of radiata pine. These strength properties have been rigorously tested and categorised into strength groups. The next step is to identify and measure the largest or most significant strength-reducing defect (knots, sloping grain, etc.) for that piece of timber and to allocate the relevant grade. Using the appropriate Australian Standard, by cross-referencing the strength group with the allocated grade, an ‘F’ strength rating can be calculated for that particular member.

Now that would be a relatively straightforward process when grading timber in a pre-construction situation, however it is much more demanding when the members are in service in hard-to-reach locations and often covered with paint and other materials. For the heritage buildings of the Queen’s Wharf project, species identification in most cases relied on visual appearance (such as colour, grain, knot size and shape) based on the vast experience of the inspection team. However for the more critical larger structural beams and posts, permission was sought from the heritage consultants to remove timber core samples for positive identification by an expert in that field. The most common timber species present included, grey ironbark, narrow-leafed red ironbark, spotted gum, Douglas fir and hoop pine. Approximately 1,500 timber strength gradings were performed in total throughout the five heritage buildings.

Regular visual termite Inspections were also conducted on the five heritage buildings. Evidence of subterranean termite activity was present in some of the buildings along with small, localised timber borer activity and isolated decay pockets. However, the most interesting find was the evidence of drywood termite activity in the old Department of Primary Industries government building. Evidence consisted of large amounts of frass and obvious damage to numerous hoop pine timbers.

This was reported to the Queensland Department of Agriculture and Fisheries (DAF) within 24 hours as required by legislation. I identified the frass as most likely being that of the West Indian drywood termite (WIDT) and this was subsequently confirmed by DAF. Interestingly the building had been fumigated because of a WIDT infestation some 30 years previous. Therefore, the frass and damage most likely emanated from the previous infestation. It is quite common for drywood termite frass to continue to fall out from the termite workings after elimination, through vibrations and even ants invading the galleries. However, it could also be recent activity if a reinfestation occurred after fumigation, which has happened before. Currently there is no way of testing how old the frass is, and unless live activity can be found, DAF considers it a previous, non-active infestation.

This situation changed when access was available to a previously locked area (toilet). This area would have been regularly cleaned up until the building was vacated in 2017, meaning that the toilet was locked with the windows closed for three years prior to the inspection. Therefore, the presence of hundreds of WIDT alate wings throughout the toilet was proof that there had been a flight from within the building in the last three years.

I then went hunting and found a termite-damaged offcut in the roof void (pictured in the box, below) and when dissected on site, contained live activity. This was a shock to the developers of the Queen’s Wharf project. So as to not delay the mega project, the developers arranged for the building to be fumigated at their own cost as soon as possible, which was completed in August 2020.

As of January 15, 2021, the Queensland Government ceased funding the WIDT control program, meaning the type and cost of any treatment is the responsibility of the home or building owner in conversation with the pest management provider.

Fumigation is no longer mandatory but confirmed or suspected WIDT cases must be reported to the DAF within 24 hours to satisfy the General Biosecurity Obligation.

On July 1, 2021, a two-year transition strategy commenced to provide tools and resources to help the community, industry, local government, and others manage WIDT. DAF is actively exploring localised heating and spot insecticide treatments as alternatives to fumigation.

Undertaking a large project like this can be daunting and I know of some pest managers who have avoided such projects for fear of failure and losing money in the process. However, with proper research and planning, these jobs can not only be profitable but a learning experience for other such opportunities in the future. Whilst we did a large amount of research and planning, there were still some challenges that we either did not envisage or were more troublesome than expected. Following are some of these challenges.

Heritage listing of buildings can be complex and confusing. There are different categories and different regulations depending on whether it was listed by the local council, state government or federal government. In our situation the heritage aspect was administered by a consulting company that specialises in advising on heritage buildings. As mentioned previously, sample cores were taken from timber members for positive species identification. We also required holes to be cut in some flooring to inspect the subfloor structural members. We had to submit detailed plans of what we wanted to do which then had to be approved before proceeding. Particularly frustrating was knowing that live WIDT were present, but the timber in service could not be destructively sampled to confirm this.

Safety is an important part of any project but on these large projects it is taken to another level. We were required to: attend two induction sessions, have current National OHS construction training cards (White Card); have current first aid certificates, submit and get approval for safe work method statement (SWMS) for every task performed; attend weekly safety briefings; wait for a syringe needle sweep to be conducted each morning before commencing work on some sites, work at all times in at least teams of two; ensure ladders had been approved for use and all electrical equipment tagged and tested, and many more. The point is not that these requirements were excessive nor unimportant, but that our group of four people spent approximately 6-8 extra working days to comply with them. Termite professionals should note that if this time is not factored into the quote, you will be going backwards financially.

The five-week inspection was at the height of the Covid restrictions but fortunately work on the project was deemed ‘essential’. It certainly was eerie to be walking down the main street of Brisbane with hardly a person in sight. It made parking much easier but made finding food and the morning coffee a challenge. Another unforeseen issue was when harmful mould was detected in two of the buildings and therefore full body PPE, including P2 masks were required. Toilet paper was not the only item that was hard to find as people panic bought any type of mask they could get their hands on. It took days of searching multiple hardware and safety supplier outlets before enough masks and cartridges could be found to continue working.

Overall, the inspection was a successful and rewarding adventure with the experience gained leading to similar heritage building inspections, with potentially more to come. With the Queen’s Wharf precinct set to open to the public in mid-2023, the first place the inspection team wants to explore is the repurposed DPI building which is slated to include a brewery. Let’s hope they have left some WIDT-damaged timber to enhance the experience. 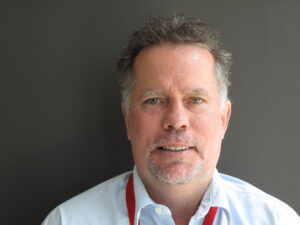 Scott Kleinschmidt has been involved in all things termite related for over 38 years. After completing an Associate Degree in Applied Science in 1983, he was selected to continue his learning at the Timber Research section of the Queensland Department of Forestry. Whilst learning varied disciplines such as tree breeding, genetics and timber preservation, it was the entomology research, especially termites, which captured his imagination and he joined the Entomology group in 1984. Mr Kleinschmidt worked on numerous termite-related research projects including the early baiting development work with Sentricon and Exterra during the 1990s.

In 2001 he accepted an offer from Aventis (soon to become Bayer and then BASF) to be the technical lead for termites. Mr Kleinschmidt was responsible for research and development activities throughout Australia and the Asian region, focusing on getting products registered, providing and presenting technical information to the pest management industry and identifying and developing new business opportunities.

After 13 years on the multinational company rollercoaster, in 2014 Mr Kleinschmidt started his own company, ATP Research, which provides research and development services to chemical manufacturing companies and a consultancy service to the pest management industry. He is currently studying for a Master’s Degree in Science.