ANTS – HOW TO DEAL WITH PROTEIN AND OIL FEEDERS

There are a number of high performing sugar based ant gels on the market, but how do you tackle protein and oil feeders? Read on…

With a wide range of high performing sugar based ant baits on the market, dealing with ‘sugar feeding’ ants has never been easier, but how should you tackle ants showing a preference for protein or oils? It certainly can be a bit more problematic. However, with non-repellent sprays and the latest granular baits it is possible to get great results.

Which are the key protein / oil feeding ants?

Many of the key ant species that show a preference for protein and oil food sources are outdoor ants and these include many of the highly invasive species like the red imported fire ant, tropical fire ant, electric ant and yellow crazy ant. Although these species are generally dealt with through government control programs, other invasive ants such as the big-headed ant have to be dealt with by pest professionals.

The key pest species include: 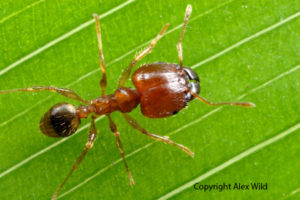 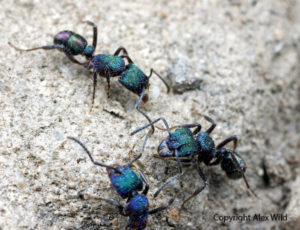 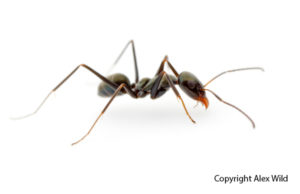 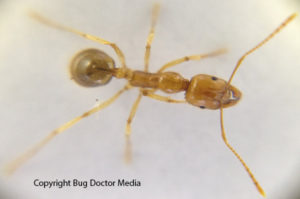 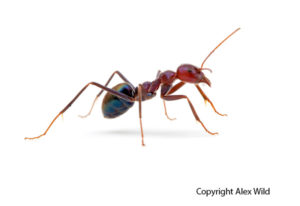 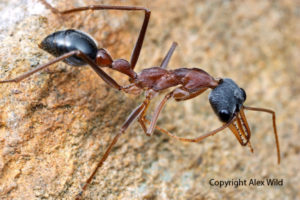 There are also several Monomorium species that often nest indoors, such as the Pharaoh ant and Singapore ant. These very small ants tend to be protein / oil feeders and are multi-queen, multi-nest species. 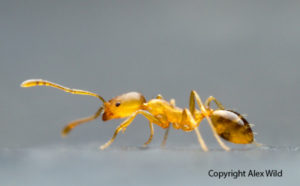 How to deal with outdoor ant problems

Non-repellent sprays are a key tool for perimeter treatments to prevent outdoor nesting species entering the building, they can also be used for direct nest treatments and spot treatments in lawns (eg. For funnel ants), but for colony elimination and lasting control, baits should still be the key consideration.

Traditionally, corn grit based, granular ants baits have been used for outdoor ant treatments. However, such baits only appeal to oil feeding ants and therefore only have limited use. However, Synergy Pro granular bait is different, as it contains two different food granules – a protein based granule and an oil-based granule, giving pest managers a tool that appeals to a wide range of outdoor ant species.

For big-headed ants (coastal brown ants) and green-head ants, Synergy Pro is perhaps the go to treatment, especially for large area lawn treatments. Non-repellent sprays can also be an option for treatment of big-headed ant activity between pavers. If you need to control such species in sensitive accounts, Distance Plus, based on the formulation used in the fire ant eradication program is a great option due its unscheduled status. However, as its performance is reliant on an insect growth regulator, control can take several weeks.

Although meat ants, like tyrant ants are also members of the Iridomyrmex genus, they can be more difficult to control with baits. Small nests can be dealt with quite effectively with baits such as Synergy Pro, but as they get larger, baits become less effective. The reason for this is unknown but it is most often the case with larger nests that the ants are more focused on sources of honeydew in nearby trees. Larger colonies often have to be dealt with by direct nest injection. Fortunately, large meat ant nests are not very common in residential areas.

Bulldog or bull ants are a difficult ant to control. They do not take baits as they prefer live prey and fresh carrion. Getting close to do a direct nest injection can also be a challenge – wear protective gear! Fortunately, like meat ants, they are not a common problem, in suburban areas.

Funnel ants are an intriguing species as they spend most of their time underground. Fipronil liquid treatments can be used for spot nest treatments and granular fipronil treatments need to be watered in after application. Although they work well, they have their restrictions. Synergy Pro is currently under evaluation for use on funnel ants – data on the southern funnel ant has proven it to be highly effective and trials on the northern species of funnel ant are underway, with initial results encouraging. As with all Synergy Pro applications, product should not be applied when the ground is wet or when rain is forecast, as ants don’t like soggy bait! However, the option for a funnel ant bait, an non-fipronil option, would be a great alternative for pest managers.

How to deal with indoor ant problems

Although it’s more common for the ant problems inside buildings to be caused by sugar feeding ants, such as the black house ant and white-footed ant, the various Monomorium species can be challenging to control. These protein and oil feeders are multi-nesting, multi-queen species. Although Synergy Pro is very attractive to Monomorium ants, the granule size can sometime be too large – the ants can move them, but often cannot get them through the small holes through which they enter the building. Grinding up the bait and placing it in a bait station at the indoor foraging sites can prove very effective.

Synergy Pro is an advanced granular ant bait primarily targeting outdoor ant species. With two different food granules; one protein and one oil (both with some sugar content), it appeals to a wide range of ant species. It also utilises two different active ingredients – hydramethylnon and pyriproxyfen, an insect growth regulator. The hydramethylnon is effective on all ants, particularly the workers, but with pyriproxyfen being active at very low levels, queen ants and larvae only need to ingest tiny amounts of bait for it to be effective.

Outdoor ant treatments are great add-on to general pest treatments. Keeping residential lawns free of biting ants is a relatively easy sell, especially for homeowners with children and pets. For schools, retirement villages, hospitals and other areas where outdoor ant problems will undoubtedly exist, offering outdoor ant control can make the difference between winning and losing a contract.

For more information on Synergy Pro