Jeff Einam from Bayer Environmental Science explains the science behind water-based space sprays, giving helpful tips on how to deliver fogging treatments to get the best results.

Fogging is a technique that is at the core of many mosquito control programs. When we think about space spraying mosquitoes, what we are doing is producing a droplet cloud with specialised equipment that maximises its chances of hitting the target whether in the air (on the wing) or on surfaces. The products used for this purpose are designed for rapid knockdown and not residual control. The rate of active ingredient is just enough to kill insects that are present, leaving behind little or no residue a short time after application. Because of this, there a fewer restrictions on where they can be applied and handled.

Furthermore, it is critical that the droplet cloud stays viable as intended and does not deteriorate before it has a chance to hit its targets – the droplets in the insecticide cloud need to have a good ‘hang time’.

The two main causes of droplet cloud degradation are either due to the wrong equipment being used, or the evaporation of the droplets in the air. In both cases, a good understanding of the formulation technology chosen will dictate equipment selection and calibration, and will determine if any carriers should be added to improve and protect the formulation.

The addition of a petroleum solvent is often necessary when thermal/hot fogging to protect the active ingredient from tank to target (whether built into a ready to use formulation or as a tank mix). Without these additives, rapid active ingredient breakdown will occur in a thermal fogger (hot fogger) caused by the heat generated by the equipment. The droplet life in the air will be shortened due to evaporation.

With true water-based formulations, an understanding of the correct equipment to use and the method of calibration is critical to overall performance. For instance, thermal foggers can require their standard fog tube to be replaced with one designed for true water-based fogging, which injects the solution further down the fog tube than with solvent-based products. At this point, the temperatures are lower and less likely to degrade the solution and can be combined with dedicated nozzles that optimise fluid flow. Some equipment upgrade kits keep the standard fog tube and add an additional injection point later in the fog tube. Other types of equipment claim to have these features built in and use a selection lever for solvent and water-based products.

What is important to note is that simply injecting the solution further along the fog tube does not guarantee that the true water-based formulation will not be affected in some way. The best thermal fogging equipment manufacturers can provide technical data proving that their designs protect water-based formulations, so be sure to ask.

A criticism of water-based technology when using hot/thermal foggers is that the droplet cloud is less visible than when using solvent based technology. On their own, true water-based space sprays are indeed less visible through a thermal fogger. They do not produce a fluffy white cloud of the type seen with solvent-based products, but the cloud is still visible, nevertheless. If it is important to you to increase the visibility of the droplet cloud, the addition of a carrier product based on ethylene glycol will achieve this, but is not necessary.

With ULV space spraying (cold fogging), the situation is much simpler. ULV space spraying is ideally suited to water-based technology and it is simply a matter of adding a product like Aqua K-Othrine to the right amount of water determined by your calibration and you’re on your way.

To better understand how to make the switch, modify or purchase the right equipment and to get the most out of water-based space spraying talk to the team at Bayer and your preferred pest control distributor. 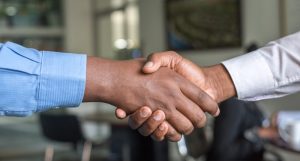 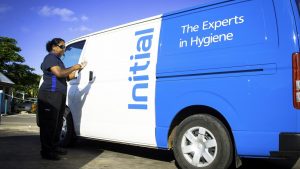