THE EVOLUTION OF RODENTICIDES

A look at the evolution of rodenticides, from the earliest poisons through to today’s high quality baits and blocks.

Rodenticides have come a long way since the days when pest managers would control rat and mice infestations with concoctions of a highly toxic acute poisons mixed with food ingredients. Over the past 70 years, product manufacturers have been constantly investing in research and development to discover new active ingredients and formulations that present a reduced risk to humans, the environment and wildlife, whilst increasing the efficacy on pest rodents.

In the early 1900s, rodent control concoctions were a mixture of highly toxic acute poisons such as strychnine, zinc phosphide and 1080. There was no antidote for these chemicals, and if ingested by a non-target animal, death was inevitable. These poisons also created high levels of bait aversion, where rodents avoided the baits after seeing other rats and mice dying shortly after feeding.

Warfarin, a first generation multi-feed anticoagulant rodenticide entered the market in the 1950s, providing pest managers effective way to execute rodent control, whilst reducing the risk to non-targets. If primary or secondary poisoning occurred, vitamin K1 proved an effective antidote. A decade later, it was apparent that warfarin was becoming increasingly less effective and further research discovered that some rats and mice had become genetically resistant to this compound – a result of its mode of action and widespread global use.

The 1960s saw the discovery of multi-feed rodenticides – diphacinone and coumatetralyl, along with chlorophacinone from Liphatech began to replace warfarin.

Difethialone, the latest second-generation, single-feed rodenticide available globally today, was developed by Liphatech in the late 1980s. These anticoagulants still offered the benefit of having vitamin K1 as an antidote in case of non-target poisoning.

With these newly discovered active ingredients came the evolution of new bait formulations. Previously baits had typically been in the form of liquids, grains, powders and pellets but in the 1970s, moulded wax blocks first appeared. This product format, allowing pest managers the ability to nail bait blocks in place, were the first ‘non-dispersible’ baits. These blocks were refined over time and the 1990s saw the development of extruded block formulations that were even more attractive and palatable to rodents. 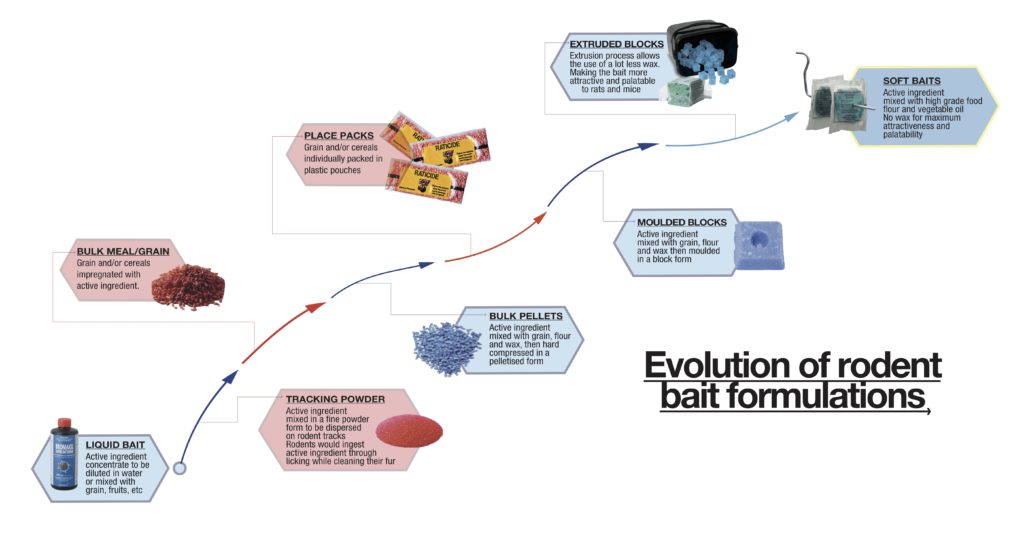 Today, Liphatech offers three extruded rodent block baits that are designed with high edges to facilitate rodent gnawing behaviour. Utilising bromadiolone discovered by Liphatech in the 1970s, Maki Original and Maki Wrapped block baits are well suited for maintenance baiting programs and being highly weather resistant, are ideal for use in high humidity or damp environments. Maki Wrapped block baits are further protected by a plastic wrapper, making them ideal for situations where there is pressure from insects (cockroaches, slugs or snails), with the added benefit of the pest manager not coming into contact with the bait. Generation Block, the third extruded rodent block bait, contains Liphatech-discovered difethialone, made from high grade European food flour and vegetable oils and no wax. Although ideally suited for clean-out situations where quick control of a rodent population is required, pest managers are finding it well suited to maintenance programs.

In 2014 Liphatech launched the innovative soft bait formulation, Generation FirstStrike, in Australia and New Zealand. Made from high grade European food flour and vegetable oils combined with Liphatech’s own difethialone as the active ingredient, Generation FirstStrike is designed as a highly attractive and palatable wax-free bait to get rapid feeding and control in rodent infestations especially where there is high competing food sources. With the additional benefits of non-dispersible and heat resistant, Generation FirstStrike maintains its palatability and performance over an extended period.

The evolution of active ingredients and rodenticide bait formulations has given pest managers an extensive range of products, ensuring there is a suitable bait for almost any site and rodent situations. Pest managers can harness these tools more effectively by conducting a thorough inspection of the site prior to developing an integrated rodent management plan and in choosing the most suitable product for the situation. 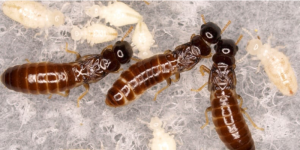 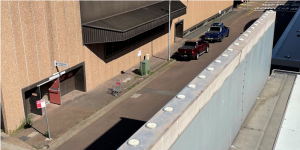