Invasive ant species tend to be multi-nest, multi-queen species. This makes them very difficult, if not impossible to eliminate, even using a combination of products. Here are 4 of the top invasive ant species in Australia than every pest manager should know…

To successfully deal with ant infestations and keep your customers happy, it is important to understand the species of ant you are dealing with.

Different ant species have different behaviours, which can impact the level of control you will achieve. Colony structure is a key factor that influences both treatment techniques and the level of control than can be achieved. For example, some ant species live in colonies that are supported by a single queen, whilst others are supported by multiple queens (polygynous). Single queen colonies are often easy to control, but polygynous species will often dominate an area with numerous nests over a large area. Even if nests around a building are controlled, such species can quickly re-invade. In such situations, total long-term control will not be possible. You will need to advise your customer that regular re-treatments are required to ensure their homes have minimal interruption from ants.

The common, most destructive, global invasive ants species all have this polydomous (multi-nest), polygynous (multi-queen) colony structure. Their biology allows them to quickly dominant local environments where conditions are suitable. Although red imported fire ants are perhaps the invasive ant with the highest media profile, there are some more common invasive ants that pest managers will come across on a daily basis. Here are four of the most common… 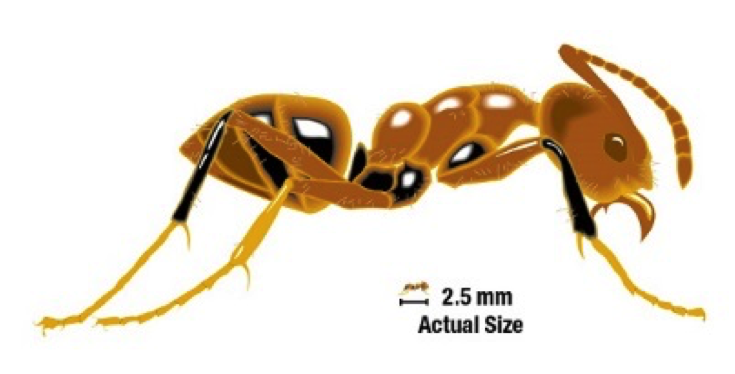 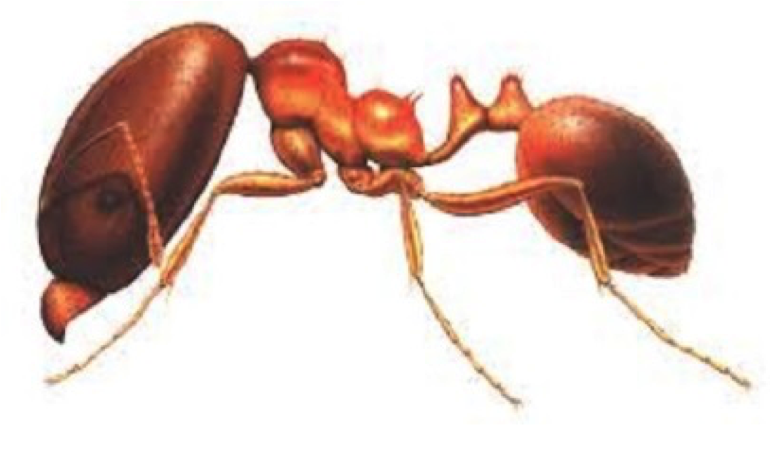 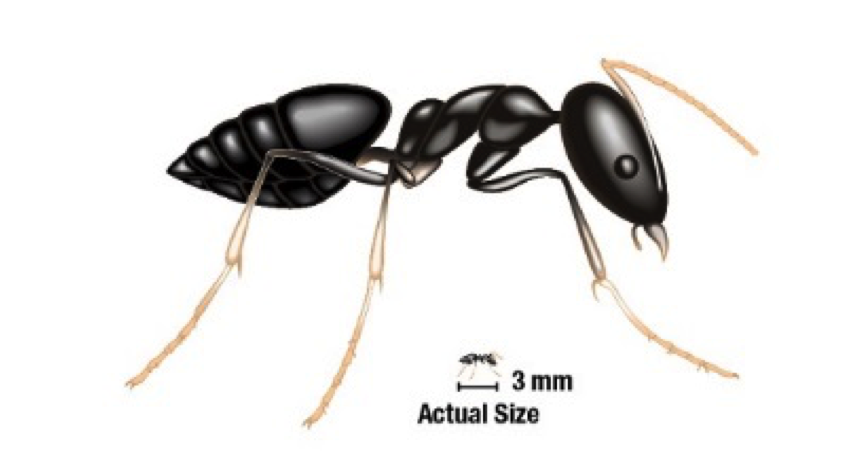 Once you’ve identified the ant species, locating the entry points is key to choosing the right treatment program for your customer’s ant problem. Other than obvious entry points such as windows and doors, the building construction method can provide ants with numerous ingress points, such as wall voids, pipe entry points, slab joins and conduits. Ants are also generally attracted to moisture, which means you are likely to find the source of the ants – that is, nests and ants runs – located near plumbing or garden beds.

So, once you’ve identified your species and located the ingress points, what products will produce the most effective result? This will depend on the species and location of application. To get you started, here are some options for common treatments.

If strong trails are present, the placement of baits can be a good option. For ants with a sugar preference, Optigard or Advion ant gels are a good option. Baits can also be used in cracks and crevices where ants are present or have recently been seen. Trails and their surrounding areas can be spot-treated with a non-repellent insecticide such as Arilon.

Sometimes, it may be necessary to treat entry points to deter ants from entering the building. Obvious entry points include around doors and windows frames, weep holes or even in subfloors and under the eaves and awnings. The use of non-repellents is less essential in these areas and a quality pyrethroid product such as Demand can be an ideal choice.

To get on top of infestations, when the nest cannot be located, bait provides the best option. The choice of bait will depend on the species and time of the year, but a good starting point is to try either Advion or Optigard gel. Even for ants foraging on protein or oils, a sugar based bait can be readily accepted as an alternative and different food source. Place baits adjacent to strong foraging trails outside the building. Ants will ingest the liquid component of the gel, or physically take the solid component back into the nest for further feeding (and insecticide transfer) to nest mates.

For direct nest treatments, use a general purpose insecticide such as Demand to liberally treat nest areas and inject directly into the colony. For areas of sparse ant activities that may be linked to the problem, treating soil surfaces can be treated with an non-repellent spray such as Arilon.

Inspect garden beds, landscape ornamentals and plants – such as palms and succulents – that are close to the home, as sources for water and food. Items such as fertiliser, manure, flowers or plants with naturally occurring sticky sap can also be a commonly overlooked as a source of sustenance for ants. If ants are active in these areas, treat with an appropriate spray, normally a non-repellent labeled for such areas (eg. Arilon).

Caution should be taken with native and non-native pollinators, for example, wasps, butterflies and bees. Other pests such as honeydew-producing insects, can also attract and encourage ant populations. These tertiary insects may need a differing treatment approach, so be sure to consult the product label or a local horticulturalist.

Perimeter treatments to control and exclude ants need to be comprehensive. Demand insecticide can be very effective as perimeter treatment, especially when ants are trailing from adjacent properties or structures. The high tech formulation leaves a high density of microcapsules sitting on the treated surface, which rupture when contacted by ants. Being non-repellent, Arilon provides a very different alternative to Demand and can be very effective when used in combination with baits.

Whereas these treatments can provide permanent solutions to ant problems cause by single queen colonies, for the invasive ant species, with their multi-nest, multi-queen colony structure, not only should combinations of products be used, but regular re-treatments will be required to keep the ants at bay and excluded from the building.