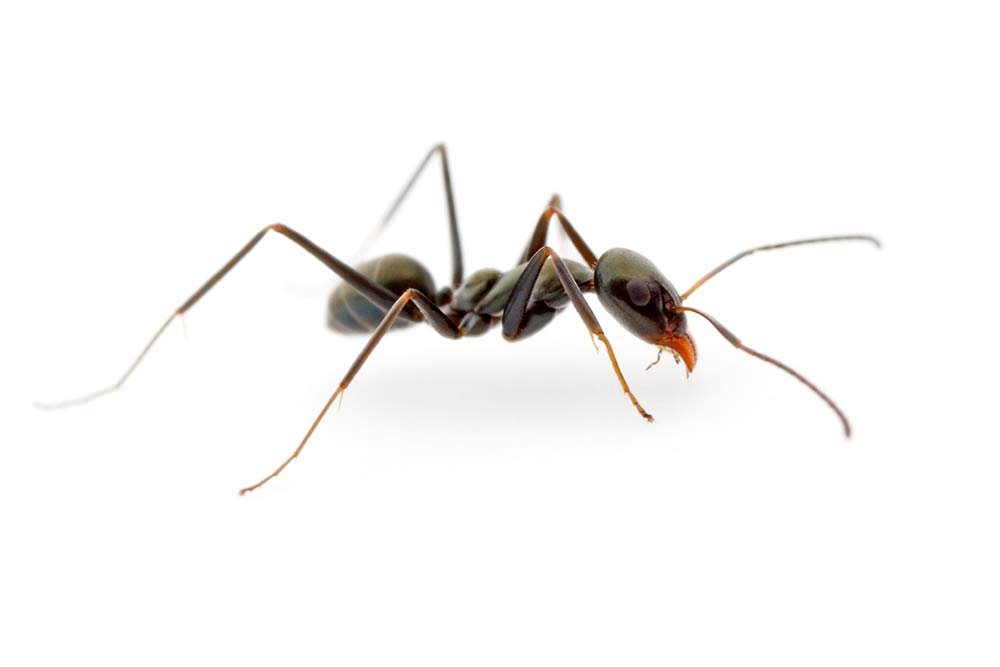 Iridomyrmex are one of the largest groups of ants in Australia, with species found Australia wide. Iridomyrmex species are generally called tyrant ants, although members of the Iridomyrmex purpureus group are typically called meat ants.

Iridomyrmex will nest in a wide variety of different habitats with nests are built below soil surface, with or without covering. Sometimes a mound above the soil surface will be visible. Most species will have a single nest with a single entrance, although some colonies can create super-colonies, with many inter-connected nests over hundreds of metres.

Most tyrant ants would appear to be single queen, single nest colonies. However, with meat ants known to also multiple queens in a colony, it is possible than some tyrant ants are also polygynous (multiple queens).

Tryant ants have an alate flight, where winged reproductive mate before founding a new nest. With meat ants known to also exhibit budding behaviour (where a new queen can leave the main nest with a group of workers and brood), it is possible that some tyrant ants also start new nests through budding.

Colour: Brown or back colouration (depending on species)
Size: 6.0 mm
Nodes on petiole: 1

Tyrant ants have obvious compound eyes in the middle of the head.

Although omnivorous, tyrant ants have a preference for protein and sugar. They are often seen tending sap feeding insects.

There are no preventative measures that can stop tryant ants nesting in an area, although treating any plants that become infested with sap feeding insects will make an area less attractive.

Our main ants page has information on more types of ant.