Why is it that termites prefer some wood types over others? Steve Broadbent, Regional Director of Ensystex, takes a look at the evidence around termite food selection.

We all know that subterranean termites are eusocial, cryptic insects that remain largely hidden from sight as they feed on the wood in our homes. It has also been well documented that termites use sound to assess their food, and in the last issue of Professional Pest Manager magazine, we discussed how they use sound to ‘listen in’ on predators and warn their nestmates of danger.

Anecdotally, most pest management professionals are aware of which timbers subterranean termites seem to prefer. We know Eucalyptus delegatensis and E. regnans are species that all termites favour, and most termites also enjoy a good feed on Pinus radiata and P. elliottii (slash pine). There has been little discussion though with respect to what factors influence the termites’ selection of the wood they eat. We believe that termites select their food based on factors such as the quantity and quality of the timber, and use sounds to determine this, and we also know they don’t like decaying timbers.

We are also well aware termite feeding is affected by factors such as exposed timber cuts, timber contact with soil and, it is generally assumed, that termites prefer ‘spring-growth’ wood. This is known to contain more moisture and nutrients and it is softer and less dense than late-season growth wood. Late-season growth wood, due to its different structure and lignin content, is rarely consumed; and timbers with high terpene or resin content are known to be repellent to termites. But what other factors influence their choice?

Working with Coptotermes acinaciformis and Pinus radiata, a respected team of Australian researchers designed a bioassay methodology to better study their feeding preferences.1 Veneer discs were produced from the heartwood and recorded for 17 different attributes. Specifically, these measurements included dry and moist weights, moisture adsorption, thickness, density, colour, their natural sound frequency and vibrational amplitude and damping. The actual study limited variables to these core values, but still required complex multivariate analysis of the data sets and some unique permutation analysis to determine termite feeding preferences.

Termites showed a strong preference for denser timber and timber with a high spring-growth content, as would be expected from earlier observations. There was little difference reported between different termite colonies. Five key material properties where analysed in more depth: density, moisture, spring-wood content, resonance frequency and damping. Damping refers to the cushioning effect that tempers vibrations. The timbers were considered for their source as food and for their use as a communication medium.

The clear summation of these studies was that, whilst we had previously considered that the quantity of timber available and its moisture content were the primary determinations for termite feeding preferences; the density of the timber is in fact of greater importance. C. acinaciformis revealed itself to be highly selective in its feeding preferences, even when feeding on small pieces of timber. They preferred higher density timber (around 94.7 kg / m3), which was considered to be because of its higher energy content. However, they did not like late-growth wood which is denser still, displaying a strong preference for the spring-growth wood. This might be due to the higher wear and tear on their mandibles from consuming the denser late-season timber.

We know that C. acinaciformis likes moist wood and the results suggest the moisture and microbial activity might serve to soften the timber, making it more palatable. Sound cues may be used in determining the location of tree knots, the density of the wood or its moisture content. Moisture increases the damping and reduces the structural vibrations. Termites are known to carry water in their salivary sacs in order to moisten timber for consumption. By feeding on moist timbers, they do not need to carry as much water, which makes feeding on moist wood more energy efficient. The transmission of sound frequency per se was not a factor in the termite’s selection of the timber. Further studies may reveal whether the late-wood growth provides the tree with a protective layer against termite activity. 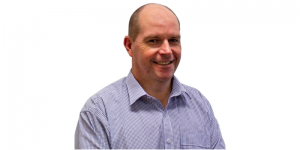