WHAT IS A GRASS?

An overview of grass – what it is, how it’s structured and how to keep it under control.

It may sound a bit of a simple question, but understanding what a grass is, the types of grass and how they grow, is integral to successful lawn care, especially when it comes to weed management and fertiliser use.

Grasses are a large group of monocotyledonous flowering plants of the family Poaceae (or Gramineae). The family consists of some 12,000 species and include some of the world’s most important plant species to humans, including the vital cereal crops such as maize, wheat, rice and barley. It also includes bamboos, natural grasses that dominate many natural habitats and the cultivated grasses used for lawns and pasture. Although other species such as sedges, rushes and seagrasses may be called ‘grass’, they actually belong to different families.

The structure of a grass plant

The key differentiating factors that separate true grasses from other plants include leaves with parallel veins running along the leaf (as opposed to the herringbone-type arrangement in most non-grasses), a fibrous root system and hollow stems. Grasses are unique in that the leaves grow from the base where it attaches to the stem (the node), which is why lawn grasses can be mowed and continue to grow. This growth habit is an evolutionary throwback from grasses’ adaptation to the impact of grazing animals, allowing the plant to continuously grow while the tips of the leaves are removed. This differs from other non-grass plants (dicotyledons) which grow from the tip of the leaf rather than the base. The flowers produced by grasses are characteristically arranged in spikelets, with each spikelet having one or more florets (although not all grasses propagate by seed).

Cool season grasses include varieties such as ryegrass, fescue (main picture, right) and bentgrass. They grow best in temperatures between 15-25 degrees, which make them better suited for the cooler parts of Australia – the southern states and areas of higher altitude. Although they will perform well in partial shade, they are susceptible to heat and drought unless they are kept well watered during warmer periods. With cool grasses susceptible to disease, watering needs to be closely managed as increased humidity at ground level will promote fungal growth.

With the climate across most of Australia on the warm side for cool season varieties, the growth conditions for cool season grasses are actually more optimal during the cooler months and they do struggle with the long hot summers.

Warm season grasses include varieties such as buffalo, zoysia, couch (main picture, left) and kikuyu. In contrast to the cool season grasses, warm season grasses grow better in temperatures between 20-32 degrees and are far more drought tolerant. This makes warm season grasses a preferred option for many parts of Australia, but especially Queensland and the tropical north, as well as much of NSW and WA. One notable characteristic of warm season grasses is that growth may well slow or stop during the colder months and will often show signs of discolouration in winter.

Correctly identifying the variety of grass in a lawn is important before carrying out any treatment, especially of fertilisers or herbicide. With the different growth habits of cool and warm season grasses, both nutrient requirements and the timing of fertiliser application will vary. It is of particular importance that the different grass varieties will have varying levels of tolerance to the various herbicides and the last thing you want to do is kill off a client’s lawn – identifying the grass variety and reading the label are a must before any herbicide treatment. 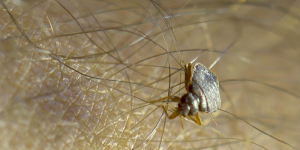