TO BEE OR NOT TO BEE, THAT IS THE QUESTION

Home » TO BEE OR NOT TO BEE, THAT IS THE QUESTION

I will be the first to confess that when I started in the industry, I didn’t blink an eye at eliminating a bee swarm by dusting, collecting the cash and being on my way. That was many years ago now, and as time has progressed, the more I find myself questioning my actions and looking for opportunities to try alternatives to my “all bees must die” attitude.

The aim of this article isn’t to discuss the decline in honeybee populations around the world and whether the world as we know it will cease to exist if bees were to disappear. This topic is best left  to knowledgeable researchers in this area who can provide a balanced, emotion free assessment, separating the fact from fiction.

Nevertheless, the plight of bees has become a hot topic these days. With the catch cry “save the bees” resonating with our customers, it’s not surprising it’s also in our thoughts when we get a call out for bees. So what can or should we do? With the help of Cassie Ryan, full-time pest manager and part-time bee lover, who has chipped in with much of the advice on control methods, hopefully we can give an insight into the many ways to deal with bees.

There are typically two scenarios in which we encounter bees – a newly emerged swarm taking a breather while on their quest for a new hive site, or an established hive set up within a cavity.

Well, we shouldn’t really need any help in how to do this given that this is what we’re paid and trained to do. However, a word of warning, avoid dusting them with permethrin dust in a public area, as it will end up like a scene from a horror movie! I made that mistake once.

I’ve tried this several times, it’s awesome when you can co-ordinate it, but the problem is most beekeepers are very busy people, especially during swarming season, and the lack of promptness often reflects badly on my own business.

Cassie says that finding the right beekeeper is the key. “Beekeepers are busy and can’t always attend promptly, and most are amateurs who may even have other full time jobs. I find the reliable ones to be either dedicated commercial operators, or retirees. So do a ring around to local, recommended apiarists. Explain you’re a pest manager looking to arrange connections. Clearly state you are looking for a list of beekeepers that are able to attend jobs promptly. If they can’t do that, you won’t refer jobs to them. Have at least five or six for a solid, reliable resource.”

Option 3: Collect them yourself

Swarms are so easy to collect! They are usually bunched up in a nice tight ball of fun. They are more docile than an established hive because they have a belly full of honey, and no home base to defend. PPE is always recommended though. If you play with bees, you are bound to be stung even with all the right gear. Invest in a jacket, veil and leather gauntlet gloves at a minimum. It’ll cost you less than $200 for quality items. I shouldn’t really need to say it, but if you are anaphylactic to bees, this option is not for you.

Nowadays I don’t muck around with nucs (nucleus colonies, are small colonies created from larger colonies) or hives. I use a basic bucket, usually a recycled rodenticide bucket. I cut a couple of panels in the sides and affix mesh in the openings for ventilation. It doesn’t have to be pretty, just fit for purpose. Collecting can be as simple as scooping handfuls of bees gently into the bucket, or cutting a branch off with them attached.

You can also try the ‘shake and dump’ method, but the reaction can be intimidating if you’ve not done it before. Basically, you’re giving a branch a good firm knock or shake. The vast majority of bees will fall into whatever is below, but many will take flight which is normal and expected behaviour, although it can be a dubious task to stand amongst thousands of flying bees, so be confident if you choose this method. Once a majority of the swarm has been collected, leave the bucket directly below the original swarm resting spot. After 15 minutes or so most of the flying bees will settle in with the rest.

Lastly, have somewhere to send them! I charge the client to collect a swarm and give the bees to a beekeeper for free. There are no guarantees the colony will pass a quarantine period, or end up productive, so it’s a gamble for the beekeeper to pay for them. The colony will be fine in a cool area in a bucket for a day or two in mild weather conditions. But the sooner you can move them onto a new home, the more of the bees will survive.

Option 4: Leave them be

When bees are swarming, they’re typically very placid and not the potential hazard that most would perceive them to be.

They can rest for a mere half an hour, up to a couple of days in their bunch, before moving off to a new home. So you can just leave them be and they will move off on their own accord. There’s no set timeline, it comes down to how quickly the scouts can find a suitable location to move to. However,  Cassie says it’s not her preferred method, as those bees will end up somewhere they shouldn’t, such as in a wall cavity or a hollow tree that is a refuge or nesting area for a native mammal or bird, neither of which are good outcomes.

You can encourage them on with a bit of smoke, or even using a blower (without the dust pot attached), but try not to use water, because they won’t fly well after being saturated.

Once again, pretty straight forward, except if the colony has been established for some time, there is probably going to be a fair bit of honeycomb within the cavity which could cause an issue later on.

The colony can be killed by dusting or space spraying the void with an approved insecticide. But then the hard work begins to remove the dead bees and honeycomb. The dead bees can attract phorid flies and the honeycomb will attract a range of pests including ants, hive beetle and wax moth. The of course there is simply the mess, in extreme heat, and without tending bees to cool the honeycomb, it can actually melt!

So even though killing them is the quickest and easiest step, it is certainly worth advising your client that this is only part of the job and if the honeycomb isn’t removed, it can cause issues further on down the track. But at least it’s an easier task without the bees hassling you or the handyman. And trust me referring it to a handyman is often the best approach. As with the cut-out method, removing honeycomb is a sticky messy job no matter how meticulous you think you are!

As before, there are some awesome beekeepers out there, but the reality is, it’s a lot easier and healthier for them to split and propagate their own hives.

Effectively, we are providing a ‘better’ home to shift them into. Trap outs take time and patience. In this method we are funnelling bees from whatever cavity they have inhabited and forcing them to move through a man-made hive to exit to the outside. This is usually accomplished by installing a short pipe onto the exit point and feeding it into a beehive.

Foraging bees will start storing pollen and nectar resources within the hive we have supplied, and eventually the queen will move over to start laying in the area we’ve provided. Once all bees have vacated the cavity, we disconnect the pipe, restrict further entry to the area, and move the hive to a permanent location.

And while trap outs can take up to four weeks at a minimum, sometimes longer, the benefit is that limited honey and nectar resources remain in the cavity, reducing pest and structural issues simply destroying a hive can create later down the track.

Cut outs are not for the faint hearted. They require opening up the wall to gain access to all of the comb, and removing it entirely. Not all beekeepers offer the service, and not all are capable even if they want to. A basic knowledge of building construction is a minimum. Negotiate with the customer as to who will be responsible for repairs. If you choose to offer repairs, make sure your insurance will cover it.

In itself, a cutout isn’t rocket science. Gain access, cut out the comb, install bees into a hive, clean up and leave. But in practice, it’s messy! I recommend a roll of concreter’s plastic to line the wall directly below and the flooring in front of the area you are working. Seal the room well, a towel on the bottom of the door or similar. There will be bees flying while you work and most homeowners don’t want them swarming the entire house. I’m assuming in this case, a brick veneer home with plasterboard internally. For a home that has weatherboard externally, it can simply be pulled off or cut out for access.

Briefly touching on the options, you can cut out brood comb (capped larvae) to fit into a bee frame. Hold them in position with rubber bands. The bees will eventually build comb to affix the brood to the frame, and chew through the rubber bands. This is best case scenario for the colony, as you are maintaining their breeding cycle for young to hatch and contribute without much of a hiccup.

Alternatively, collect bees only, and provide them with frames of foundation wax to start over. This is the simplest, least messy and time consuming method.

Whether using the trap out or cut out method, apart from making sure all the honeycomb has been removed and the cavity is as clean as possible, make sure the entry points are blocked off as the location is obviously ideal for nesting bees and with any residual honey and colony odour, the location will be even more attractive to new nests.

Removal of bee nest in sub-floor

“There is a very real marketable reach associated with bees on social media,” explains Cassie. “And it can add a positive spin to your services. Even for people who dislike the idea of ‘pest control’ will think kindly of your business if you can show pest management comes in many forms and that sometimes no killing is involved. For some of us, it’s nice to not always play the role of the Grim Reaper! Additionally, simply offering alternatives sets you apart as a professional.”

Armed with all this new information, Cassie and I hope we’ve have sparked an interest with you in trying out alternatives to killing bees. For us, the more we learn about bees, the more fascinated we’ve become and we’re confident you’ll feel the same.

By no means are we saying save all bees, because that is just not realistic or practical. But whether you agree or not, the fact is the general public strongly favour saving bees. So, instead of the mindless killers that our industry is often portrayed to be, try and save just one colony and in turn, you might gain some positive publicity for both your business and ultimately our industry. 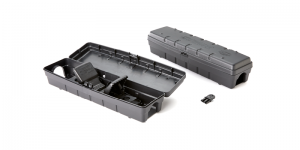 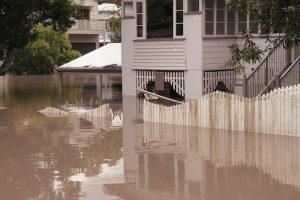