NEW TERMIDOR PRODUCT TAKES TERMITE TREATMENT TO THE NEXT LEVEL

The 2017 Rapid Solutions conference saw BASF launch its much anticipated termiticide, Termidor HE.

This year’s Rapid Solutions Conference on the Gold Coast was the setting for a very significant product launch – arguably the most important in the pest control industry for at least a decade.

New pest control products come and go, but very few of them make a substantial difference to the way pest managers do their job and even run their businesses. BASF expect the new high-efficiency formulation of Termidor to be one of those rare game changers.

There’s no doubt Termidor HE (which stands for High Efficiency) is a major innovation – the biggest in termite treatment since the original Termidor was launched in 2002.

The new formulation combines the effectiveness of the standard Termidor formulation with advanced polymer technology that boosts the transport of the active ingredient in the soil. This enables the product to penetrate further into the soil and create a more extensive and more even treated zone. As heard during the product launch at the Rapid Solutions Conference, Termidor HE allows an average of around 30% less trenching and 50% less drilling compared to an industry standard treatment for a regular three-bedroom home on a concrete slab with a level block. That provides on-the-job efficiencies, reduced labour and a superior result.

The savings in time and labour are obvious benefits. So is the reduced site impact. The flexible drill hole spacings can help minimise damage to costly landscaping, paving and tiled areas. Working around utilities such as hot water services and other obstructions is simple, with much less likelihood that they will have to be moved.

BASF technical development specialist Dr David Elmouttie, who presented Termidor HE at the conference, is keen to make ensure pest managers also realise the benefit to their bottom line.

Managers at some of the industry’s most successful and progressive companies agree. Registration was received a short time before the official launch, giving some leading operators around the country the chance to try the product and form their own opinions. Two of them took part in a session at the conference to share their thoughts.

Con Ispoglou has been both the office manager and a senior technician at Fumapest Termite & Pest Control in Melbourne for over ten years. Mr Ispoglou was part of a Termidor HE trial and quickly realised it would make a significant difference to their business. “It’s going to save us a lot of time,” said Mr Ispoglou. “We’ll be able to do a lot more jobs with it, with less wear and tear on our gear.” That in itself would increase profitability, but a superior treatment also commands a higher price. “We’re going to have to charge a premium price for it because it’s a premium product.”

While some pest managers may feel nervous about quoting more on a job, Mr Ispoglou is confident that Fumapest customers will see the value. “We’ll explain the difference,” he said. “You’re offering your customers new technology that means less disruption to their homes, with backing by BASF – their 8-year guarantee and the $2 million assurance warranty that will still apply with the new product. Basically it’s the latest thing around, and it’s the best product out there.”

Tom Aldridge, director of Suburban Pest Management, is equally confident about the positive impact Termidor HE will have on his business. His company, which is based in Queensland, will also be charging a premium for Termidor HE applications and often quoting for both Termidor treatments to give customers more choice. “The fact that you can use the same equipment to apply either product means you can integrate it very easily”, said Mr Aldridge. “You can use SC one day and HE the next, and you can give your clients both options.”

Even when cost is more of an issue and clients opt to stick with Termidor SC, Mr Aldridge believes offering the premium option will benefit the business. “When we’re competing against other companies, I feel the fact that we’re HE accredited, even if they’re looking at more of an SC option, puts us ahead of our competitors as well.”

Both Mr Ispoglou and Mr Aldridge are quick to mention the wider drill spacings – with 450mm as the standard distance between holes – as a key practical advantage that will help drive greater business efficiency and increased customer satisfaction. 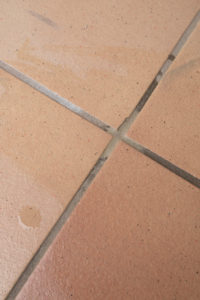 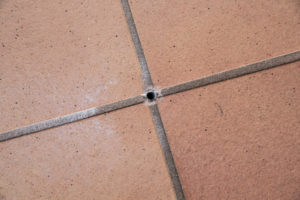 “The 450mm spacing will make a massive difference to your time,” said Mr Aldridge, “and lessen the damage caused, particularly with tiles – the risk of chipping tiles, or going through tiles – so that’s the biggest benefit to me. You can have fewer people on the job or have the same number of people but get more jobs done in a day.”

Both Mr Ispoglou and Mr Aldridge agree there’s no doubt that most customers will appreciate the advantages of a more efficient treatment and be happy to pay extra for it.

“It’s still got the warranty and the same life expectancy, so you’ve got the backing from BASF, which is key,” said Mr Aldridge. “And obviously less disruption to the client. Less drill holes, less damage to the property.”

Mr Aldridge pointed out that Termidor HE won’t just mean less wear and tear on equipment. “There’s less physicality for the guys if they’ve got to do less drill holes and less trenching,” he explained. “It’s going to make it easier for them and obviously you want the longevity of your technicians to be there. You don’t want them, particularly as they get older, to be doing that hard labouring all day long.”

That’s a less obvious, more long-term benefit for the company. For both Mr Ispoglou and Mr Aldridge, those subtler aspects are all part of the great fit Termidor HE will have with the way more progressive pest control companies differentiate themselves. “It shows that we’re at the forefront of the industry,” explained Mr Aldridge. “We’re always trying to innovate. We’re always trying to improve in lots of ways, not just products – you know, systems and processes and training of the guys. So it gives us the potential to show that we’re industry leaders and will give us a leg up against our competitors.”

Both Suburban Pest Management in Queensland and Fumapest in Victoria are competing with a lot of other companies in and around their respective state capitals. Operating in a crowded marketplace can create the temptation to compete on price, but the two companies are backing their ability to come out on top by offering homeowners greater value. Both pest managers see Termidor HE as enhancing their service offering and adding to their standing.

“We’re going to be leaders, because we’re going to be ahead of the competition,” explained Mr Aldridge. “It’s going to allow us to offer something that most of our competitors don’t have.”

Now that Termidor HE is available to the entire pest management industry, all companies have the opportunity to benefit from the extra value it brings to termite treatments by providing a more even, extensive treated zone in much less time, improving the bottom line and putting them among the industry leaders.