Good sanitation is a fundamental requirement of any successful civilisation. This is especially the case in termite colonies which their large populations living in warm, humid conditions. So how do termites keep their nest clean and free of disease?

Good sanitation is a fundamental requirement of any successful civilisation. In any densely populated society, whether human or termites, personal hygiene and sanitation are critical to prevent disease outbreaks. So how do termites keep their nests disease free?

Not surprisingly, with its warm, humid environment, a termite nest provides the ideal environment for fungal growth. One of the key entomopathogenic fungi are the Metarhizium species. These fungi affect a wide range of arthropods and have been used as biocontrol agents. Spores coming into contact with the arthropod, germinate and penetrate its body. The fungi then grows, feeding off nutrients in the hemocoel, eventually killing the arthropod, at which point fruiting bodies grow out of the arthropod dispersing spores to complete the life cycle. Metarhizium present a serious threat to termite colony health.

Recent research investigated the relative importance of social sanitary behaviour (allogrooming) and individual innate immunity in keeping both individuals and the colony protected from Metarhizium.1 Working with Reticulitermes chinensis, researchers exposed both individual termites and groups of termites to Metarhizium anisopliae and compared their behaviours and physiological anti-fungal responses to termites which were not exposed to the fungus.

The study showed that termites rapidly removed the fungal conidia (spores) from nest mates through intensive allogrooming behaviour, resulting in very low mortality. This allogrooming behaviour is amazingly efficient, managing to remove all fungal spores from the exposed termites’ cuticles within 12 hours. In these termites, the internal antifungal activity and immune gene expression were significantly lower than in individual termites exposed to fungal conidia.

Apart from allogrooming to keep the termites free of foreign bodies, sanitation to keep the nest clean is also important. In this regard, the management and removal of dead termites is key. So what do termites do with their dead?

Researchers in Germany have recently described the range of behaviours exhibited by Coptotermes gestroi in dealing with corpses.2 Interestingly, workers appeared to be able to distinguish between the origin and caste of the cadavers and furthermore how they dealt with the cadavers varied depending on the age of the corpse.

It is important to remember that due to their cellulose diet, termites have limited access to protein. Termites are known to cannabilise dead nest mates – it’s a great way of nutrient re-cycling to keep those precious proteins in the colony. Previous research had demonstrated that termites are able to detect dead termites within minutes of their death, often recognised by a postmortum change in chemical signature.

This latest study demonstrated that worker nestmates were preferentially cannibalised whilst workers from different nests were buried. Dead soldiers were treated differently. Freshly dead soldiers were either buried, consumed or ignored, whilst soldiers that had been dead for 24 hours were just buried.

Maintaining a healthy nest is fundamental to termite success as it allows a large population to develop and live in close proximity. Of course when the system breaks down, disease can spread rapidly. It is thought that the accumulation of dead bodies near the central nest area and the subsequent disease issues is a cause for the rapid “colony collapse” seen in some baiting treatments. 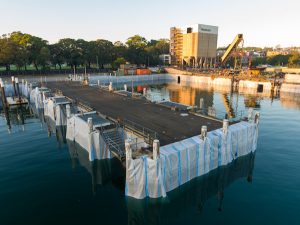 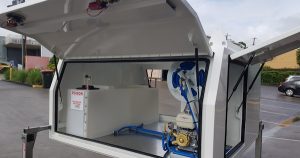 A CANOPY OR TOOL BOX – WHICH SHOULD YOU CHOOSE?