A snapshot of the Australian Termite Market in 2020 –  topline review of pre-construction and post-construction markets, termite services prices, expectations for the future and more.

The termite segment is a significant proportion of the pest control market, with termite treatments being high value sales, often with good pro t margins. Using survey feedback from pest managers, the Termite Market Snapshot 2020 aims to provide the industry with a summary of the state of the market.

Around 95% of respondents said they carried out termite inspections and termite treatments. This is perhaps not surprising as it is a survey of the termite market and it is likely that most of the ‘general pest only’ companies would not have responded. However, only 60% of respondents said they carried out pre-construction work, with 75% providing pre-purchase pest inspection services.

Termite swarms generally occur from September through to April (Figure 1), with little variation between states. Interestingly, 39% of pest managers thought there had been fewer swarms this year compared to the previous season, with only 18% thinking the number had increased. Although there is always excitement when the first swarms of the season appear and undoubtably the appearance of alates triggers some calls from concerned homeowners, 50% of pest managers think that swarms are not necessarily a good predictor of the size of the termite season (23% think they are).

Although there was a lot of variation in the percentage of revenue pest managers gained from termite control work (inspections plus treatment), the average was just short of 50%, and it would appear that overall the amount of termite work was about the same this year as last year.

Despite the uncertainty with the current COVID-19 situation, pest managers appear quite positive about the termite market, with 37% thinking that the size of the market will increase in the coming season and 23% believing a decrease is more likely (Figure 2). Furthermore, 47% of respondents believe that termite treatment prices will increase in the future with only 7% thinking they will decrease.

Despite the downturn in the pre-construction market, more pest managers believe they see the pricing in the pre-construction market increasing (32%) than decreasing (15%). The current average pricing for sheeting perimeter protection was $15.20 per lineal metre but it varied from $5 to $30 (although perhaps $5 was a mistake!). There was less variation between states in pricing that in termite treatments, although Western Australia had the lowest average pricing of $14.20 per lineal metre. 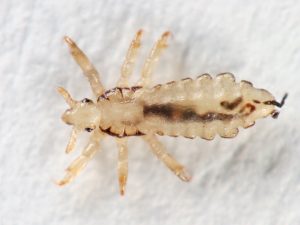