Baiting can sometimes appear to be the slowest option for controlling active termites, but it is a solution that achieves colony control and therefore a win for the customer.

Addressing an active termite infestation with a new client can be challenging. Every homeowner just wants those termites out, fast! However there are more considerations that come into play than just speed of kill.

Many studies have actually found that a fast kill can be detrimental, as the remaining termites simply relocate and attack a new area of the home. One study by Dr Nan-Yao Su (2005) of the University of Florida found that fipronil resulted in termite death within two days after treatment and within a five metre area of the treatment.1 After a week, this five-metre area was avoided by other termites, as termites are known to avoid dead or decomposing termites. The colony then split into two isolated groups which foraged in new locations.

Rapid speed of kill occurs with dose-dependent active ingredients, where a higher dose causes faster death. Receiving a higher dose occurs when termites revisit a foraging site or remain within the foraging area for a longer period. In reality, the effect is that a non-repellent termiticide such as fipronil has the potential to act like a repellent termiticide, as all it has effectively achieved is avoidance of the treatment zone and relocation of the activity.

Dividing and relocating a colony also brings to the fore the fact that there is often more than one termite colony attacking a home. As an example, a US study by Vargo (2003) found five colonies present around a single building at the same time.2 Understanding and explaining this possibility can be confusing and frustrating for the homeowner and dealing with a rabbit’s warren of possible attack fronts can be a challenge for the pest manager. Taking a whole of home approach ensures nothing is missed.

The Sentricon system provides an appropriate solution. Being a ‘slow’ termiticide, its active ingredient, hexaflumuron, kills termites when they next moult. This allows sufficient time for the active ingredient to be transferred between termites, ensuring the complete elimination of the colony. Research has found that this process, on average, takes two to three months. As it typically takes 12 months for termites to cause economic damage to a structure, taking a few extra weeks to ensure full colony elimination should be acceptable in most circumstances.

With both Sentricon Above-Ground (AG) and AlwaysActive (in-ground) stations forming a complete system, a whole of home approach can be easily achieved. AG stations are installed where termites are actively feeding within the house, as well as on fences, trees, or outside areas that have active termites. AlwaysActive stations form a perimeter around the house, ensuring any additional colony, or any new invading colonies, will also be eliminated. Being able to install in-ground stations at the same time as the above-ground stations is a huge benefit to pest managers. With other solutions, it is necessary to wait for the active termites to be eradicated before an ongoing protection system can be installed.

Finally, the health and safety of the homeowner and their family is paramount. Avoiding exposure to any sort of chemical (particularly dusts or foams) is essential in any home where a person is suffering from allergies, asthma, eczema, pneumonia or any form of immunosuppression illness. Once installed, both Sentricon AG Bait and AlwaysActive rods are fully encased within their housing, so the risk of exposure is negligible. Should a station be tampered with or become damaged after installation, there is minimal risk of any adverse e ect to the homeowner or their family, or pets. Hexaflumuron is not a scheduled poison; it is practically non-toxic to mammals (including humans), birds, earthworms, bees and other non-moulting insects. It is so benign it is the only termiticide approved under the ‘reduced risk pesticide initiative’ and the only termiticide awarded the 2000 Presidential Green Chemistry Award by the US EPA.

Eliminating termites from a property requires a little patience, but a slower approach is the best way to ensure total colony elimination. Sentricon not only takes control of active termites but offers a solid line of defence against future attacks. 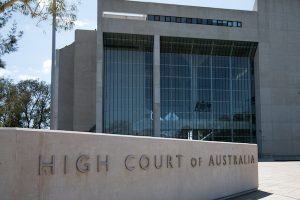 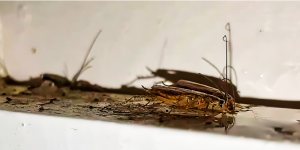