Successful control of insects often means breaking the insect life cycle. For fleas, mosquitoes, flies, spiders and a wide range of other crawling and flying insects this means not only targeting the adult populations but also treating the juvenile stages. This usually means tank mixing a fast-acting synthetic pyrethroid with a slow-acting insect growth regulator (IGR) – one product for a fast knockdown, and a second product to ensure ongoing control. However, tank mixing can be time-consuming and means carrying multiple products in the ute.

Lambdaplus combines 50 g/L microcapsules of the fast-acting, broad spectrum pyrethroid insecticide lambda-cyhalothrin with 20 g/L of the juvenile hormone analogue pyriproxyfen, for advanced and reliable insect control from a single product application. Lambdaplus is an easy to use, cost-effective solution when compared to purchasing two product formulations and dealing with the inconvenience of tank mixing.

As well as its immediate pyrethroid effect on the adult insect nervous system, the pyriproxyfen renders a high proportion of eggs from any survivors to be sterile and lethally interrupts larval development. This superior double mode of action gives pest managers the confidence to tackle even the toughest of insect populations, even those which may be showing signs of insecticide resistance.

“We use a highly sophisticated production process of polymer-based encapsulation,” explained John Ralph, managing director of Sherwood Chemicals Australasia. “By effectively creating a protective shell around the active ingredient, as well as varying the polymer wall thickness, we have provided professional pest managers with a highly effective timed release that keeps on working during the 90-day protection period outdoors and up to 12 months indoors.”

On application of Lambdaplus, the lambda-cyhalothrin capsules remain suspended on the treated surface, making it readily available to passing insects. As insects move over the treated surface and pick up the microcapsules on their bodies, the active moves out of the microcapsule and onto the insect, delivering a rapid knockdown followed by a quick kill. With the capsule also protecting the active ingredient from the environment, the treatment provides a long-lasting residual when compared to other formulation types.

For insects that don’t pick up a lethal dose of the lambda-cyhalothrin, which can happen in aged applications, the addition of pyriproxyfen to the formulation continues to provide population control. Pyriproxyfen is a juvenile hormone mimic that prevents immature insects developing into adults. It can also impact egg-laying and egg hatching. As a result it ensures an inevitable population decline by breaking the breeding cycle and sterilising the population.

Lambdaplus Insecticide is available in 1 L and 2.5 L pack sizes from all Australian resellers from September. 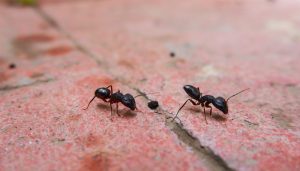 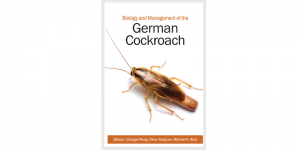