Their more common relatives build with mud, but these wasps use something much more unusual. Would you be able to recognise a resin potter wasp?

Description: Resin potter wasps are small black wasps under 2 cm in length, with narrow yellow-orange bands on the abdomen and small yellow-orange marks on the thorax, and dark wings folded and held diagonally away from the body when at rest. But they are more easily recognised by the cells they build for their young, which are constructed from clear resin collected from plants, and harden to a translucent amber.

Geographic distribution: 17 species in SE Asia and Australia. Their full distribution in Australia is poorly known, since they are rarely recorded.

Habitat: Potter wasps and mason Wasps (Family Vespidae, Subfamily Eumeninae) are solitary wasps that build cells out of mud, plant fibre, or in this case plant resin to protect their young. In other species cells may be built in the adandoned nests of other potter wasps or mud-dauber wasps, in beetle tunnels, underground, under rocky overhangs or attached to branches in dry seasons, or on man-made objects like walls, in nail holes, or in screw shafts in machinery.

Resin potter wasps find the gaps between bricks and around doors and windows ideal. Fertilized females will build dozens of cells pressed closely together, and stock each cell with a single egg and paralysed prey, and then sealed until the new wasp is ready to emerge and break out by itself. In other potter wasps the prey may be beetle grubs, spiders, or caterpillars, but the diet of Epsilon larvae is poorly known. Adults feed on nectar.

Pest status: Potter wasps are important predators of caterpillars and other pests, and will not sting unless mishandled. Their stings may cause redness and swelling. Their cells may be unsightly, and resin potter wasp cells may be particularly difficult to remove because of their construction from hard-setting resin.

Treatment: Pesticide use is not recommended. The completed resin cells are waterproof, and the inhabitants may not emerge for months. Cells can be scraped off the wall, but the resin will leave traces on the brick or woodwork. There may be damage to surfaces, of which the homeowner should be made aware. As other potter wasps may resettle an ideal site at any time, a residual surface space should prevent new nests being built. 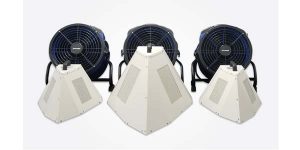