Following recent increases in funding for the fire ant eradication program, Dr Ross Wylie, who has been with the program for many years, provides some history on the fire ant problem, its current status and identifies ways pest managers can help.

Red imported fire ant (RIFA) (Solenopsis invicta) is native to South America. It was accidentally introduced into the United States of America through the port of Mobile, Alabama, in the 1930s but was not discovered until 1942. Since then it has spread right across the southern US from Florida to California and into the Caribbean. RIFA is also now present in Taiwan, mainland China, Hong Kong and Macau. It was first discovered in Australia in 2001 in Brisbane.

It is believed that almost all the incursions of RIFA around the world have resulted from movement of cargo from the southern US to elsewhere, indicating the risk that global trade has on the movement of highly invasive organisms like ants. RIFA is listed by the International Union for Conservation of Nature (IUCN) in the top 100 invasive organisms in the world, which includes all plants and animals, and is accompanied in the list by three other well known invasive ant species – the Argentine ant, yellow crazy ant and African bigheaded ant. RIFA has the potential to spread rapidly if not held in check by eradication programs like the current effort in southeast Queensland.

The economic cost of RIFA in the US is estimated to be US$7B annually in control measures, medical treatment and damage to property, infrastructure and agricultural output. The potential cost to Australia has been estimated at AU$1.65B annually if left unchecked.

The RIFA eradication program in southeast Queensland has been underway since the initial detection in 2001. The program is implemented by Biosecurity Queensland on behalf of federal, state and territory stakeholders. While the cost of eradication is high, stakeholders understand the dire risk to Australia and have recently provisioned an additional AU$411M over the next ten years in an attempt to achieve the eradication goal. With the exception of the eradication of very small infestations in New Zealand and at Port Botany in Sydney, the Queensland program is considered to be one of the largest and most successful programs in the world, with the specific aim of eradication, rather than just moderation of risk.

The two original incursions of RIFA were at the Port of Brisbane, which has now been officially eradicated, and the Richlands area in southwestern Brisbane. Two incursions in central Queensland at Yarwun in 2006 and Port of Gladstone in 2013 have also been eradicated along with smaller incursions at Brisbane airport in 2015 and port of Brisbane in 2016.

Young RIFA colonies are hard to detect as they only form distinct mounds once the colonies grow in size. In the past, intensive surveillance by ground teams and public reporting were the primary means of colony detection. Biosecurity Queensland now employs some novel and hi-tech surveillance methods including odour detection dogs, trained to detect the distinctive chemical cues associated with RIFA, and remote sensing, using a combination of thermal, near infrared and colour imaging to detect RIFA mounds during low-level helicopter flights in winter. An active community engagement program encourages the public and businesses to look for and report suspected RIFA, and 70% of all new finds come from the public. In addition, restrictions are in place on the movement of RIFA carriers, such as soil, mulch, hay and potted plants, out of biosecurity zones unless measures are taken to mitigate the risk.

The primary control measures for RIFA are direct nest injection with a contact insecticide (fipronil), where the nest can be easily identified, and broadscale baiting for the larger areas of infestation or areas at risk of RIFA expansion. The primary bait products are corn-based products containing the insect growth regulators pyriproxyfen and s-methoprene, which are dispersed by helicopter and ground application at very low rates. These IGRs do not directly kill ants but impact on the colony by sterilisation of the queen and preventing larvae pupating into adult workers or reproductive ants.

RIFA have two social forms – single-queen colonies (monogyne) and multiple-queen colonies (polygyne). Winged reproductive ants or newly mated queens from monogyne colonies can fly distances of up to five kilometres to establish a new nest. Newly mated queens from polygyne colonies are poor fliers and their spread is more localised. However, polygyne colonies are more likely to be moved with human assistance because a colony may contain hundreds of queens, any of which can establish a new nest. Multiple rounds of bait treatment are usually required to eradicate infestations, particularly of the polygyne form.

The current focus of the ten-year eradication plan is on the western edge of the infestation in the Lockyer Valley, with the program gradually working back to the east. In other areas, RIFA is treated ‘as reported’ and targeted activities are conducted to suppress the ant’s ability to spread until those areas can be reached. Pest management professionals are now joining forces with Biosecurity Queensland to help eradicate the ant. This partnership is a core component of self-management for landholders and a key strategy of the ten-year plan. Training is being provided to practitioners from the pest management industry in RIFA identification and the best techniques for applying direct nest injection pesticides and baits.

RIFA is a threat to Australia and the Australian way of life. Failure to eradicate this invasive ant will have a real and tangible cost to the Australian economy through impacts on agricultural production, urban lifestyle and the environment. In addition to current efforts to eradicate the known incursion in Brisbane, enhanced border protection measures are required to prevent future incursions.

Pest management professionals interested in RIFA training can arrange this online or by calling 13 25 23. 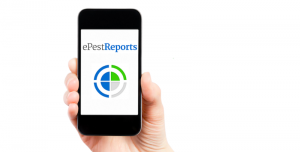 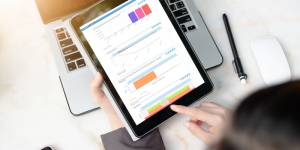