How did a poor inspection of a wooden power pole lead to a WA bushfire that set a neighbourhood ablaze?

A court ruling five years in the making has seen a WA property owner liable for millions of dollars in damages after a telegraph pole on her land – which was unknowingly under attack by termites – collapsed and sparked a devastating neighbourhood fire.

The power pole on the property owned by Noreen Campbell in the Perth suburb of Parkerville collapsed due to termites and fungal rot. Mrs Campbell, along with Western Power and contractor Ventia Utility Services, formerly known as Thiess, faced a class action that involved 189 residents and property owners whose homes had been destroyed by the 2014 blaze. A total of 57 homes as well as outbuildings and vehicles were destroyed, no lives were lost.

Justice Rene Le Miere of the Western Australian Supreme Court was faced with the question: who was responsible for the fire? The power company, the contractor who carried out maintenance works on behalf of the power company, or the property owner on whose land the pole was located?

In a surprise ruling, the judge found the contractor (Thiess) and the property owner Mrs Campbell liable for negligence and nuisance. The case against Western Power was dismissed.

The judge declared that Theiss had breached a duty of care by failing to adequately train and supervise its crew, who in turn failed to inspect the pole with due care and skill at its last inspection date in 2013. As a result, the pole remained in service when it was unsafe and unserviceable. Western Power had discharged the duty that it owed people in relation to inspecting the pole by engaging Thiess as a sub-contractor, hence the power company was legally absolved of responsibility.

Mrs Campbell was also declared to have breached a duty of care to maintain the pole by failing to inspect it. Speaking in court, she stated that her late husband had been responsible for arranging annual professional termite inspections for their property. She mistakenly believed that because the power pole was made of jarrah, it was not susceptible to termite attack.

The final total of damages to be paid to the Parkerville residents is expected to be in the tens of millions.

The residents’ lawyer, Lachlan Armstrong QC, told the court that the electricity pole was in a ‘deplorable’ condition due to rot and termite damage, adding that a ‘modest gust of wind’ was enough to cause it to fall. How had this not been spotted and rectified?

Leonard Bartosch was a leading hand linesman employed by Thiess who was responsible for inspecting the pole in July 2013, six months before it fell and sparked the fire. During that inspection, he concluded that it was safe to work on. In a statement, he outlined his inspection:

“I dug down around the consumer pole about 200– 300 mm, I wiped the sand and dirt off the pole with my gloves. The pole looked good, I took a claw hammer and just knocked on the pole from where I dug down to about a metre. The pole sounded good to me and I also gave it a little push, it was all good. I did not notice any termite activity on the pole.”

What Mr Bartosch had failed to recognise were clear signs of termite infestation and fungal rot. Dr Theodore Evans, Associate Professor at The University of Western Australia, was one of the experts called upon for the case. He believed that the bio-deterioration from the actions (and interactions) of wood rotting fungi, microbes and subterranean termites had created large internal hollows in the pole that would have been present for many years prior to Mr Bartosch’s inspection in 2013. The judge declared that the pole showed significant signs of deterioration including weathering, splits, cracks and termite mudding at the time of the inspection in 2013.

The judge condemned Mr Bartosch’s inspection as ‘hopelessly inadequate’. He had not dug around the base of the pole to a depth and a distance away from the pole to enable him to carry out a sound test at and below the fracture zone, the zone where the pole had failed.

The judge said, “If the PA pole had been hit solidly below ground line in multiple directions, the hammer would probably have sunk into the PA pole… if a hammer test had been performed below ground level the PA pole would have sounded dull and probably hollow, impacts would have uncovered decayed sections and possibly penetrated the surface where the good wood was at or near 1mm thick.”

Mr Bartosch also confirmed to the court that he did not know what termite mudding was and that he had never encountered termites or termite damage before.

For many experienced termite professionals, the occurrence of such an unfortunate event was only really a matter of time. Carrying out termite inspections, whether on buildings or infrastructure, takes skill, experience and an appropriate amount of time to complete a thorough inspection. This case has confirmed the obvious – that the use of untrained professionals to inspect infrastructure elements such as power poles clearly represents an acceptable risk to the community and that companies carrying out such inspection work need to engage suitably qualified personnel.

The findings also make it very clear that in the eyes of the law, the maintenance of privately owned power poles is the responsibility of landowners, who must have a regular inspection program in place. The notion of land owners having a ‘duty of care’ to maintain power poles on their properties will perhaps be of news to many.

So when inspecting a property for termites, professional pest managers should take note of any power poles on their clients’ properties. Generally speaking, power poles inside the property boundary will be privately owned. You should inform the property owner of their legal obligations to maintain any privately owned poles, and if they engage you to inspect the poles, ensure the inspection is thorough and document and charge accordingly.

Learn about what’s involved in a professional termite inspection. 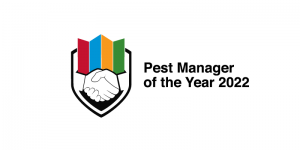