PEST PULSE: WHAT ANT PRODUCTS DO YOU USE?

We ask pest managers to name their go-to products when it comes to controlling ants, a notoriously difficult pest to manage.

Ants are considered the number one crawling pest globally for a reason – achieving lasting control isn’t easy! In recent years, a number of new products have become available to pest managers, such as ant gels and non-repellent sprays, providing new tools to deal with this difficult pest. So how are pest managers dealing with ant control?

It is interesting to consider how many pest professionals include ants on their warranty for a general pest treatment. Well, it’s pretty even with just over 55% including ants in their warranty. However, over 85% of pest professionals provide specialist ant treatments, so presumably most homeowners can still find a ‘performance guarantee’ on ants.

When carrying out a general pest treatment, around 25% would use a pyrethroid product, 20% would use a non-repellent spray and just over 50% would use both. There was no correlation between the type of spray used and whether ants were included in the general pest warranty.

However, when it comes to specialist ant treatments, over 40% of pest managers use non-repellent products, around 15% use pyrethroids and over 40% use either, depending on the situation. This supports the trend in favouring non-pyrethroid sprays for ant treatments.

The development of effective ant baits has also contributed to the increased confidence pest managers have in dealing with ant problems. Just over 90% of pest managers are using ant baits – although this still means nearly 10% of pest managers do not include baits as part of their ant toolbox. Gel baits were the most popular, used by 70% of pest managers, with granular baits just behind at 65% and liquid baits used by 45% (Figure 1).

It’s clear most pest managers are using a range of products to deal with the variety of ant problems they encounter.

White-footed house ants (Technomyrmex albipes) are amongst the most difficult ants to control due to their sheer numbers and colony structure; over half the colony can be made up of intercastes (reproductive females).

Interestingly, of those professionals providing specialist ant services, only 65% provide lawn ant treatments, with funnel ants and green ants the main target species. Non-repellent sprays are the preferred product here, although as is the case with the white-footed house ant, combinations of products are often used. The combination of non-repellent spray and granular bait is particularly popular.

In terms of the favourite ant product used by pest managers, two thirds of respondents cited one of the fipronil sprays as their go-to product. In terms of the second choice, nearly half the respondents mentioned ant baits, with ant gels being the most popular format. The third choice saw a broader range of products being suggested. Overall, bifenthrin was the most popular of the pyrethoid sprays and granular baits, liquid baits, permethrin dusts and insecticide granules also get mentions. 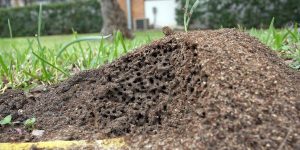 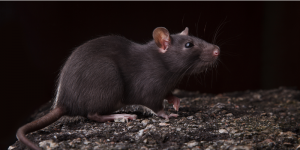