ONE STATION CAN SAVE A HOLE LOT OF WORRY

Home » ONE STATION CAN SAVE A HOLE LOT OF WORRY

For one South Australian homeowner, the combination of above-ground stations and a robust perimeter system successfully terminated their case of active termites.

When a homeowner suddenly realises that the growing hole in their floorboards might be caused by termites, the panic is real. Aydan Bartlett of Adelaide’s Murray Pest Control (pictured above) recently got a call from a concerned client who’d found some worrying decay in floorboards around their fireplace. After conducting a full inspection of the house and surrounds, a single mud tube leading up from the fireplace mantle was discovered.

Due to the architecture of the house (double brick walls with foundations to the ground, zero subfloor access) and a rear-of-house extension, liquid treatments were ruled out and Sentricon AG stations were recommended.

“We installed a single AG at the top of the mud-tube, but after a month there was no activity found,” explained Mr Bartlett. “It was during winter with very cold temperatures, so we presumed the termites had backed off a little. To cover all bases, we installed a full Sentricon AlwaysActive perimeter system, just in case we had disturbed the termites which had then relocated. We could have sat on the single AG a little longer, but we decided to add a second one, further down on the mantle piece mud-tube.”

On the next inspection, three months after installation, there was still no activity on the first station, but the second station had been completely consumed, during the first month from installation, so a second bag was added to that station. The second bag was fully consumed by the next inspection and the termite castes had changed from workers to soldiers, a clear indication that colony elimination was underway.

“We were unsure about whether to add a second station, but it turned out to be the correct thing to do. The more stations you have the greater the likelihood of a result,” said Mr Bartlett. “We plan to keep the AG stations in place and monitor them for the next few months, then assuming there is no further activity, these will be removed and the house protected by the AlwaysActive system. At that point we will revert to a three-monthly inspection.” Although the nest wasn’t located, it was presumed the termites entered the house from the sub-floor cavity, up the chimney and into the floors and walls.

“The replace is a double brick replace that goes straight into the ground and then that butts onto the floorboards. The termites would have gone up the replace and into the back of the mantle and into the floors.” In this instance, the homeowner was lucky to have had the termites located and eliminated without invasive tests. “We didn’t get to the stage where we needed to cut a trap. With no subfloor that would have been essential if we hadn’t been able to get the termites to start feeding and begin the elimination process.”

“The homeowner is really happy with the results. They were obviously concerned with the damage they found, and uncertain about the course of action we took, but after we showed them the termites in the stations and explained their feeding pattern and behaviour, they were reassured that Sentricon was doing the job.” 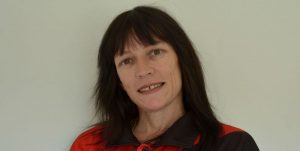 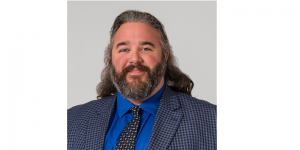