The result of 15 years of research and development, new Rudduck Alpha Rapid rodenticide provides fast and effective control of mice indoors in a wide variety of locations. The block bait contains 4% alphachloralose, an acute-acting active ingredient that has been newly formulated and especially designed for use in tamper-resistant bait boxes. Rudduck Alpha Rapid provides quick knockdown and is suitable for use where resistance to anticoagulants is high.

Alphachloralose, a new rodenticide to the Australian market, is an ideal product to achieve quick control of mouse populations as it has no known resistance issues and poses a low secondary poisoning risk, due to the speed at which it is metabolised. Alphachloralose works primarily as a fast-acting form of anaesthetic that initially causes drowsiness, and 10-15 minutes following ingestion causes unconsciousness, followed by death in as little as a couple of hours.

The active ingredient is very quickly absorbed into the mouse’s gut once ingested and with a LD50 on mice of 0.3 g/kg, a mouse needs to consume less than half a gram of bait for it to work. With its high palatability, control is normally achieved in a single feed.

As an acute poison, alphachloralose should be carefully handled and only presented in locked tamper resistant bait stations. Designed for delivering rapid knockdown, particularly in infestation areas, it should not be used for prolonged spells for management programs.

The new Rudduck Alpha Rapid alphachloralose formulation is an effective additional tool to use alongside the anticoagulant rodenticides available in Australia today. It offers a radical improvement in the speed of service delivery and increased customer satisfaction whenever speedy mouse removal is required. Rudduck Alpha Rapid is available in packs of 48 x 5g blocks from Agserv stores nationwide. 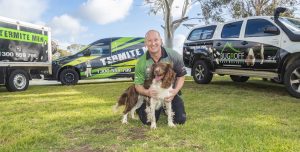 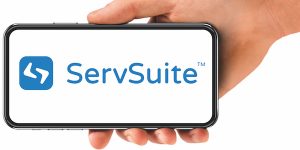