MURDER HORNETS – COULD THEY INVADE AUSTRALIA?

How easily could the menacing Asian giant hornet take up residence here in Australia?

The Asian giant hornet – the “murder” hornet – has been in the news recently due to the appearance of wasps in the northwest of North America. Normally found in Asian countries such as China, Japan, Thailand, South Korea and Vietnam, this aggressive wasp was first spotted in the province of British Columbia in Canada in 2019. In October 2020, a nest was confirmed and destroyed in Blaine, Washington State in the US. With rising concerns around such an aggressive pest becoming established in the US, researchers have modelled the potential for the Asian giant hornet to spread across the US and globally.

The Asian giant hornet, Vespa mandarinia (pictured above), is a large hornet with a body length of 45 mm and a wingspan of around 75 mm, which forms nests of several hundred individuals. It preys on other insects, particularly honeybees, killing them through decapitation or with its six millimetre sting. A single hornet can kill 40 honeybees per minute and a raiding party of 50 or so hornets can destroy a large honeybee nest in a matter of hours.

Whilst the Asian honeybee has evolved a defensive strategy to protect themselves from the Asian giant hornet – they smother the hornets in their own bodies, cooking them – the European honey bee is defenceless. It is the potential for the Asian giant hornet to decimate honeybee populations as well as the potential danger to humans (around 50 people are killed each year in Japan), that has authorities on the alert.

Asian giant hornets thrive in locations with warm summers, mild winters and high rainfall. They cannot survive extreme heat, so areas which have temperatures above 39ºC would not be inhabitable. Researchers from Washington State University mapped these climatic variables and concluded that Canada, much of Europe, north western and south eastern South America, central Africa, the east coast of Australia and most parts of New Zealand would provide suitable habitats. Although there have been no recorded incursions of the Asian giant hornet in Australia, the experience with the expansion of the European wasp in Australia, which prefers much the same climatic conditions, shows how readily Asian giant hornets could spread given the opportunity.

Indeed, the speed at which they could spread is somewhat unknown, but one of the major causes for concern. The nest in Washington state – located by attaching radio trackers to three hornet workers – was found to contain around 500 hornets, including 190 new queens. Workers have been recorded to fly over 100 km in a day and are capable of flying at speeds of up to 40 km/h, so theoretically they could have the capability to disperse and expand their range quite rapidly. However, there is no data on how fast and far queens can fly.

There is no doubt that areas of Australia have a suitable climate that would allow Asian giant hornets to become established, but they have to get here first.

Geographically Australia is isolated, so even though they can fly long distances, the wasps would realistically arrive in imported goods, probably within a shipping container. It has been assumed that the US incursion was due to the arrival of one or two fertile queens in shipping packaging, so preventing an incursion relies heavily on the biosecurity teams. Of course, pest managers should keep their eyes open for any potential invaders. Unlike with other invasive pests, hopefully identification should not be an issue! 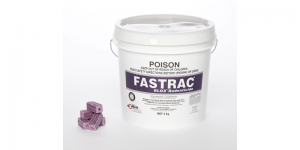 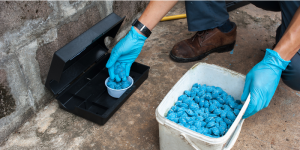