Mealybugs are a common problem for gardeners. Also called unarmoured scale insects, their waxy cuticle and habit for hiding around the joins between stems and leaves make them difficult to control with insecticides. How would you control a mealybug infestation?

Description: Being true bugs (Hemiptera) they are insects, with 3 body segments and 3 pairs of legs. They have a white waxy appears and are generally between 3-7 mm long. When viewed from above they appear to have a distinctly segmented cuticle often with wax filaments around the margins. (Not unlike a small woodlouse/slater). This waxy cuticle provides protection from the environment and is hard for insecticides to penetrate.

Mealy bugs are actually unarmored scale insects and from a separate but related family to the ‘true’ scale insects (which can be grouped into hard and soft scale insects). Females are wingless and similar to the nymphs, but the male mealybugs (which are rarely seen) are very small two-winged insects with two long tail filaments.

Habitat: In gardens, mealybugs feed on plant juices, and will colonies a range of ornamental plants and fruit trees, especially citrus. They can also be a problem on indoor plants. They prefer warm, humid conditions.

Pest status: Mealybugs can stress plans, resulting in leaf/flower/fruit drop. The honey dew they produce can also cause problems with black sooty mould. Ants will often tend the mealybugs to access the honeydew, providing the mealybugs with protection from predators.

Treatment: Mealybugs are very difficult to control by insecticide treatment and so pest managers should be wary of offering such a service. Such general treatments may also impact their natural insect predators such as lady beetles and lacewings. Products labelled for use will often require the inclusion of surfactant to help penetrate their waxy cuticle.

Physical removal of mealy bugs by hand or pruning is an option for small problems. Spot treatment with isopropyl alcohol (70% or less) applied directly with a cotton swab or diluted to 10-25% in a spray for large problems can work well. However, this should be tested on a small area of vegetation first to check for any phytotoxicity issues (leaf burn).

Carrying out a treatment to control the ants can help keep mealybug numbers down as it allows natural predators to do their work. 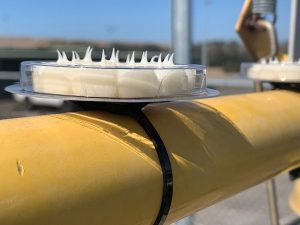 BIRD FREE MAKING ITS MARK ON THE MARKET 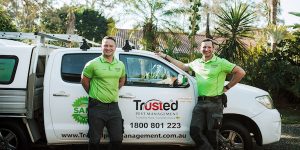 CHALK AND CHEESE IS THE RECIPE FOR SUCCESS