The latest efforts in the war against mosquitoes seek to turn them against themselves by manipulating their genetic makeup.

Fifteen years ago, scientists in London hatched an out-there plan. Their aim? Eradicate pesticide-resistant mosquitoes that were killing half a million people a year by spreading malaria. The plan? Well, it was nothing short of crazy.

Biologists Austin Burt and Andrea Crisanti, from London’s Imperial College, proposed planting a deadly gene in mosquito DNA and engineering it so it would spread through each generation faster than nature intended and ultimately crash an entire population with just a few infected Trojan mosquitoes.

This ‘gene drive’ concept was decades-old but was yet to find success. That is until now. Using Crispr (if you’re asking, ‘What’s Crispr?’ the short answer is that it’s a revolutionary new class of molecular tools that scientists can use to precisely target and cut any kind of genetic material), Burt and Crisanti’s team have wiped out caged cohorts of the malaria-touting mosquito Anopheles gambiae in as few as seven generations.

Dr Crisanti’s team disrupted the double-sex gene in a way that affects only females. These females develop ambiguous sexual features: they cannot bite because they have male-type mouthparts, and they are infertile. But the males are unaffected and continue spreading the disruptive gene until no more eggs are laid.

The results, published last month in Nature Biotechnology, represent the first-ever annihilation of a population of animals via gene drive, and moves scientists a step closer to eradicating mosquitoes and the deadly diseases they carry, including malaria (Plasmodium falciparum, inside blood cells, pictured above). Using this method, computer modelling predicts that wild populations could be made to crash in about four years.

Crisanti and his team, whose work is supported by the Bill and Melinda Gates Foundation, formally teamed up with partner institutions in 2011 in Burkina Faso, Uganda, and Mali to establish local insectaries and field sites to one day test a malaria-eradicating gene drive in the wild. If all goes well, the Gates-backed project, called Target Malaria, could field test Imperial College’s Crispr’d mosquitoes as early as 2024.

Genetically engineered insects have been released into the environment before but the question of how to regulate gene drives is still an open one. There are obvious concerns about controlling any release and being fully aware of any knock-on effects. Target Malaria is aware of these limitations and isn’t jumping straight into testing gene drives. To gain the trust of local communities and demonstrate to regulators they can track genetically modified mosquitoes in the wild, they have just released 10,000 sterile male mosquitoes in a small controlled trial in Burkina Faso.

If the sterile male experiments go well, they’ll step up to something called an ‘X-shredder’, a genetically engineered mosquito that produces almost entirely male offspring. After a few months, the modification will eventually peter out of the population. It still won’t be an effective malaria eradication strategy, but it will give regulators more data to go on before considering a full-blown gene drive.

Reworked extract from: ‘Here’s The Plan To End Malaria With Crispr-Edited Mosquitoes’ by Andrew Hammond, Wired.Com, 29 September 2018, and ‘Giving Malaria a Deadline’, by Nicholas Wade, The New York Times, 24 September, 2018. 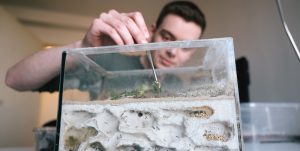 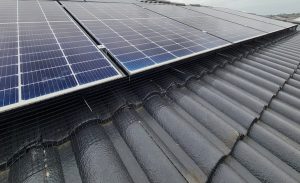