Learn about what’s happening with local pack results in 2020 and their relative importance compared to paid ads and organic results.

What’s happening with local pack results in 2020? Which get more clicks – local pack, Google ads or organic search? What should small businesses be doing?

Appearing in the local pack results is an important part of online success for small local businesses such as pest control companies. In case you don’t know what the local pack results are, they are the three businesses highlighted underneath a location map on the SERPs (search engine results pages) for commercial searches with an obvious location element. Figure 1 shows a SERP for “Pest Control Gold Coast”.

Surprisingly, there is very little comprehensive data comparing the number of clicks on ads, local pack results and organic listings. Neil Patel (SEO guru) carried out a small click study on a single commercial search that contained a local pack and recorded the following proportion of clicks on each element: 19% of the clicks on ads, 44% on the three local pack businesses (primarily on the number one position), and 8% on local pack “More businesses” and 29% on the organic results.

So it’s clearly important to appear in the local pack results. Apart from ensuring your NAP – Name, address, phone number – is consistent across the internet, there are a range of factors that will determine your local pack ranking. Of the local pack ranking factors, Moz list Google My Business signals as the number one ranking factor (with a weighting of approximately 25%), with link signals at number two with a 16.5% weighting and Google review signals – positive, negative and frequency of replies – coming in at number three (with a weighting of approximately 15%).

However, you can’t view local pack SEO as separate to organic SEO. Not only are traditional SEO activities important for organic rankings, Google specifically mentions, “Your position in web results is also a factor for local pack rankings, so SEO best practices also apply to local search optimisation.”

However, nothing stays still in Google land and Google have been testing some alternative local pack layout designs. One such design that has been trialled in parts of the US, includes a single ad at the top of the results box (under the map), with the organic local results displayed as a horizontal carousel (Figure 2). By default, this means a user will only see one and a half businesses, having to scroll across to see more. It remains to be seen if this is rolled out and what impact it will have on clicks, but it’s something to keep your eye on!

1. Local pack rankings are important (but I guess you knew that?)
2. … but organic rankings and paid ads are too! (Don’t forget local extensions)
3. Keep an eye out for changes to the local pack. 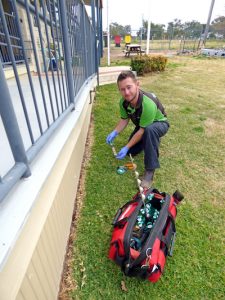 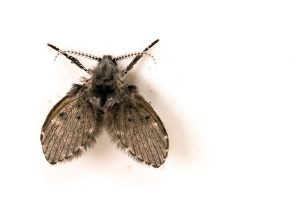 DO YOU KNOW YOUR DRAIN FLIES?