Ants most commonly nest outside, underneath paths, in rockeries and other cracks and crevices, often building nests close to our homes, hidden in the soil or under objects on the ground. These ants are seen indoors when they search for food to take back to the colony. Many ant species will also find their way indoors and happily nest in wall voids and subfloor areas. However they arrive inside our homes, ants are a general nuisance, and present a moderate health risk.

There are known instances of ants mechanically carrying, on their bodies or in their digestive tract, disease organisms causing dysentery, and a variety of pathogenic bacteria, including Salmonella. As ants commonly scavenge in kitchens and other food handling areas, as well as in rubbish bins, dog excrement and other possible sources of disease organisms, their potential for transmitting diseases to humans should not be ignored.

Recently, I was onsite visiting a customer, Phil Proud from First Choice Termite and Pest Control in Melbourne (pictured above). He was treating a large infestation of black house ants (Ochetellus glaber) in a home, which is a common species found Australia-wide.

Mr Proud knows that when an ant finds food or water, it will lay down a chemical trail that guides other worker ants to the source, resulting in trails of ants going back and forth from the food or water source. Identifying and tracking the trails helps locate all the feeding sites and can sometimes assist in pinpointing the location of the colony.

Mr Proud said, “Food scraps were in an open rubbish bin under the sink and the ants had taken a real liking to it. There was a trail of ants leading from the scraps in the bin all the way out to the back of the cupboard under the sink and outside via the water pipes.”

Since the location of the nest could not be identified, Mr Proud decided on a baiting treatment strategy.

“I went to my tool bag and took out a tube of Maxforce Quantum Liquid Ant Bait and placed small drops either side of the foraging ants as far back as I could reach. Within minutes the ants had started to feed on the ant bait,” he said. 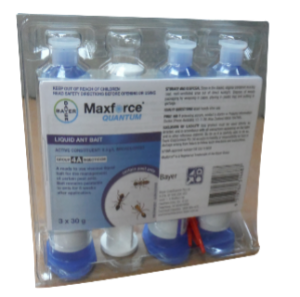 Mr Proud says he prefers to use Maxforce Quantum rather than other ant baits and gels because Quantum utilises HVL (Hygroscopic Viscous Liquid) technology. That means the bait absorbs moisture from the air and is less likely to dry out, meaning it remains palatable for longer. He also liked the fact that Quantum was effective against both sugar– and protein-feeding ants and he felt confident knowing that the ants, through natural foraging and trophallaxis, would be likely to transfer the active ingredient back to the nest.

Mr Proud returned to the property a week later to complete a final inspection and to seal the entry point around the water pipes where the ants initially gained access to the house. There were no signs of any ant activity inside the house or around the initial entry point, indicating that the ‘transfer effect’ of Quantum Ant bait had been successful in eliminating the ant nest. 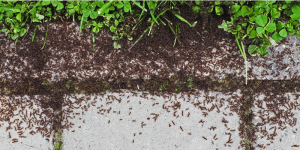 THE OUTDOOR ANT SPRAY FOR ALL SITUATIONS 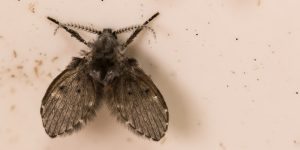 WHY DRAIN FLIES DON’T GET WASHED AWAY