These land-dwelling crustaceans are most often seen when they’re red, pink, and dead. Would you be able to identify a lawn prawn?

Description: Small crustacean usually 1cm or less in length, flattened from side-to-side, with two pairs of antennae and six or seven pairs of legs. The rear two pairs are modified for jumping. Most species are brown or grey, but turn red or pink after death. Not to be confused with springtails (Collembola) which are hexapods (closely related to insects) and have three pairs of legs.

Geographic distribution: Talitrid Amphipods are found worldwide, with some species living in the ocean, more in fresh water, and many southern hemisphere species fully terrestrial. Beach-dwelling species are called sandhoppers, or sand fleas. Arcitalitrus sylvaticus is native to south eastern Australia and nearby Pacific islands, but has been accidentally introduced into New Zealand, the British Isles, Florida and California.

Habitat: Most often found on the ground among foliage, leaf litter, mulch, and compost, only emerging at night. Because they lack the waxy cuticle of insects, landhoppers require moist habitat, but will also die if submerged, which is why the can become a problem after heavy rain.

Pest status: Lawn Prawns may become a nuisance when driven from their habitat by heavy rain or overwatering of the garden. They may then accumulate on paving, pathways, or around doors, squeezing under sliding doors and into homes, where they subsequently dry out and die.

Treatment: No chemical treatment is required, or effective. Reduced watering of the garden will prevent them wandering into homes, and dead or dying amphipods are best removed with a broom or vacuum cleaner. 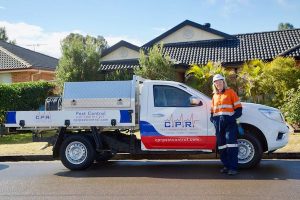 KYLEE’S CHAMPIONING THE CAUSE FOR WOMEN IN PEST