A group of researchers in Germany may have the answer to detecting and eliminating stored product pests.

In the battle against stored product pests, a new kind of digital technology is being tested, which not only detects pests but controls them – using lasers.

In a project supported by the German government, researchers are testing a newly developed mobile camera system that scans surfaces in storage warehouses and food processing plants. If an insect is detected, it is compared with stored morphological data to determine whether the detected individual is a target pest. If it is identified as a pest – with high probability (over 80%) – a laser beam is directed to the target to eliminate the insect by heat. The action is then recorded in a central monitoring system.

The recognition software is based on pattern analysis, known as ‘deep learning’, which becomes increasingly accurate as more data is collected. If the pest insect does not match one of those stored in the database, the new species is added, with corresponding image and video data, as well as the physical specimen. The long-term aim is to develop a system that is able to learn and identify an increasing number of different insect species over time.

As with any kind of new technology, there are still a few teething issues. Namely, the accuracy of pest detection and identification – especially in contrast to grain – under different light settings. Initial tests by the German research team will look at the grain weevil (Sitophilus granaries) and Indian meal moth (Plodia interpunctella) under different light conditions. The team will also investigate various laser beam wavelengths and intensities – the need is to eliminate the insect without damaging surfaces and items beneath or next to the target pest.

If successful, the detection system would enable stored product managers to create a centralised monitoring system, which would in turn lower the personnel costs for inspections and to allow for immediate action to be taken against pests. Such an automated surveillance would be an integral part of an IPM system and could be used in the reception of raw products and storage of finished products, particularly in areas without workers or at hours when there is no production. 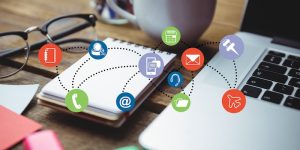 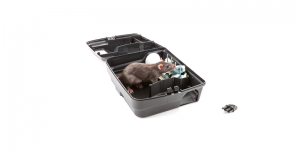