Understanding the behaviour and characteristics of the three pest species of rodents in Australia gives pest managers a solid foundation for rodent control work.

All Australian rodents belong to the single family, Muridae. The three pest species belong to the subfamily, Murinae. However, there are also around 60 native rodent species in Australia, including the well-known water rat, bush rat and stick-nest rat. It is not uncommon for native species such as bush rats and various species of mice to be found in backyards. As it is illegal to kill native wildlife, it is imperative that you can identify the species before undertaking a control program.

As a successful pest manager in Australia there are three pest rodents that you need to be able to identify.

Rattus rattus is also known as the roof rat, black rat, fruit rat, tree rat, ship rat and Alexandrine rat. With all these common names, it should be an indication that this rat really is common!

Key identifiers: The tail is longer than the body, which makes it easy to identify (if it is not on the run!). It has relatively large eyes and ears (as shown in the main image, above) compared to the brown rat.

Although it’s often called the black rat, its colour is highly variable with colour ranging from black to light brown.

This species most likely arrived in Australia with the first fleet and has spread throughout much of coastal Australia. It can be found in both settled and unaltered country, but has not been able to penetrate into the arid areas of central Australia.

Key identifiers: Norway rats are best described as sturdy rodents; this rat is stocky, with scruffy brown fur, small eyes, short ears and a short, thick tail. Unlike the more timid roof rat, when cornered, a Norway rat will repeatedly launch itself towards the perceived danger.

This species is the dominant rat in Europe and America where it is termed the ‘common rat’. It also arrived in Australia with the first sailing ships, but has not managed to colonise as much of Australia as the roof rat and tends to be found more often around major coastal cities and ports.

Key identifiers: The house mouse has a slender body and the head consists of a pointed nose with fairly large ears and eyes. Their tails are thin, in contrast to the thick tails of the rat species and their feet are relatively small in comparison to their body size. Fur colour can range from brown to grey.

The house mouse probably originated in central Asia and now can be found worldwide. It is considered to be one of the world’s most successful living mammals. Despite its common name, it does not restrict itself to living in domestic dwellings as can be witnessed during the periodic mouse plagues that sweep across the Australian countryside.

By correctly identifying the rodent species causing a pest problem, an appropriate treatment program and associated preventative measures can be put in place. 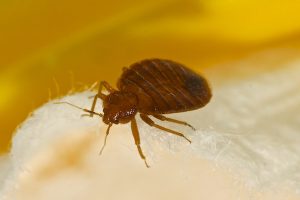 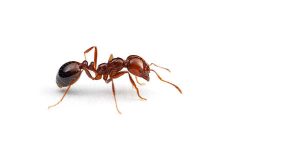