KEEPING MOSQUITOES OUT OF BACKYARDS THIS SUMMER

Medical entomologist and mosquito expert Dr Cameron Webb shares his insights on mosquitoes, including tips on how best to control mosquito populations during the summer months.

Mosquitoes are rarely far from the headlines. They’re the most dangerous animals on the planet but for most people, they’re just plain annoying. As summer approaches, backyards around Australia will soon be a battle ground between these bloodsuckers and families looking to enjoy some time outdoors. Whether they’re flying in from nearby wetlands or emerging from pools of water in your pot plant saucers, mosquitoes can certainly ruin summer. So how can you beat their bite in the backyard?

Mosquito-borne disease has dominated the headlines this year. Thousands of people are diagnosed with a mosquito-borne disease each year in Australia. The most common is caused by Ross River virus. The disease won’t kill you but it can make you very sick with fever, rash, joint pain and fatigue. It’s usually a short illness but symptoms can persist for many weeks or months making it a potentially severely debilitating illness.

Dengue remains a major problem internationally with thousands of Australians returning infected from holidays in Bali and other tropical destinations but Zika virus has grabbed the public health spotlight this year. Zika virus took almost everyone by surprise. First discovered in the forests of Africa over 70 years ago, the virus was rarely considered a serious public health threat. There were small outbreaks here and there but when it arrived in Brazil, everything changed. The disease is actually very mild, a little fever, rash, joint pain and red eyes. For most people, you’ll feel like you’ve come down with a bad dose of the flu but typically nothing serious. If you’re pregnant, it’s a completely different story.

Authorities in Brazil began to notice an increase in birth defects, especially a condition known as microcephaly in which babies are born with unusually small heads and other neurological and physical problems. There is now scientific consensus that Zika virus is contributing to this condition when pregnant women are infected and the Australian government is warning pregnant women to avoid travel to dozens of countries experiencing an outbreak of the mosquito-borne disease.

Could the Zika virus spread to Australia?

There are over 300 different types of mosquito found in Australia but only a dozen or so pose a serious threat to public health. While around 40 mosquitoes have been implicated in the spread of Ross River virus and other local pathogens, new research has found that there is only one mosquito likely to be spreading Zika virus, the yellow fever mosquito, Aedes aegypti. This was really no surprise, as this mosquito is also the only one spreading dengue viruses locally too. Luckily, this mosquito is only found in central and far north Queensland, so we won’t be seeing any major outbreaks of Zika in our major metropolitan regions. That doesn’t mean we should be complacent when it comes to backyard mosquitoes.

The mosquito that bites more Australians than any other is Aedes notoscriptus. This black and white mosquito with distinctively striped legs and an iridescent lyre shaped pattern on its back is at home among the bird baths, buckets, pot plant saucers and rainwater tanks of our backyards. It will bite and can also spread Ross River virus. Our pets aren’t safe either as they can spread dog heartworm too. These mozzies are probably the biggest threat to an itch-free summer.

Killing mosquitoes, or at least keeping them at bay, isn’t easy, but a combination of professional mosquito treatments and advice given to homeowners for actions they should take, can significantly impact mosquito numbers:

Clean up the backyard. Any water-holding container can be a home to mosquitoes so make sure you tip out, drain out or throw out any container large or small. Make sure drains and roof gutters are clean of leaves and other rubbish. Check to see that the rainwater tank is screened too, which will stop mosquitoes getting in and out.

Screening is your friend. Make sure openings to the home are screened. Stopping the mosquitoes making their way indoors will help reduce the chances you’ll wake up in the morning covered in bites.

Insecticides should be used judiciously but can be effective. Residual surface sprays, particularly bifenthrin and deltamethrin, have been used in many regions of Australia to help reduce populations of biting insects in the backyard. These sprays should target shaded, cool and humid areas where mosquitoes are likely to be hiding out. It is important to remember though that these products aren’t specific to mosquitoes, so other flying insects may be susceptible.

Insect growth regulators for ponds and pools. There are products, such as methoprene (e.g Prolink, Altosid, NoMoz, Culithor) and pyriproxfen (e.g Sumilarv G), available to treat free-standing water in the backyard so that if any mosquitoes lay eggs, the wrigglers won’t be able to complete their development. Applications to drains, gutters, ponds and even neglected swimming pools (clean and chlorinated pools never pose a mosquito problem) can help stop mosquitoes in their tracks for weeks and even months.

Surface films drown mosquitoes. One way to stop mosquitoes emerging from water-holding containers is to try a monomolecular film (e.g. Aquatain AMF). A tiny amount applied to the water surface can drown wrigglers and pupae but make sure these are never used in natural habitats.

Some mosquito traps are better than others. A range of commercial insect traps and electrocuting devices are available but few will knock out local mosquito populations. Traps that use carbon dioxide as bait will collect mosquitoes but rarely enough to dent the local populations. Traps with UV lights will typically collect many more moths and beetles than mosquitoes.

Burning the mosquito coils. When picking these products, make sure you go with one that contains an insecticide as those that only have citronella or other plant- based products won’t keep as many mosquitoes away. Make sure you never sleep next to a smouldering mosquito coil, they say you’ll breathe in a ‘pack of cigarettes’ worth of smoke overnight!

Try some ‘smokeless’ mosquito coils. There are many plug-in and battery operated devices that release pyrethroids and, if used indoors or in sheltered outdoor areas, can provide protection from biting mosquitoes.

Slap on repellent. Nothing quite works as well as a topical insect repellent. Products containing DEET, picaridin or oil of lemon eucalyptus will generally provide the longest lasting protection, plant-based products, such as tea-tree oil, need to be reapplied more frequently to stop bites.

Avoid the gimmicks and gadgets. You may not like burning mosquito coils or smearing on insect repellent but ‘mosquito repellent’ wrist bands, patches, sound emitting devices and even smart phone apps don’t work at stopping mosquito bites. Stick to what works.

With the arrival of warm weather, it is time to prepare to beat the bite of mosquitoes in your backyard, so pick an approach that best suits the setting and hopefully there will be plenty of itch-free fun in and around the backyard this summer.

Dr Cameron Webb is a Medical Entomologist with NSW Health Pathology and University of Sydney. He has over 20 years experience in managing mosquitoes and is lead author of the recently published “A Guide to the Mosquitoes of Australia” (CSIRO Publishing) and regular tweets from the appropriately titled Twitter account, @mozziebites 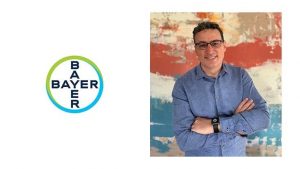