Knowing the height and location at which to place your traps is key to successfully controlling flying insects.

Insect light traps are commonplace in commercial accounts for fly and moth control, especially in the food and hospitality industries. Much of the marketing of traps focuses on the various attributes of the traps being offered – the primary choice often being between light traps using electric grids or those using glueboards to kill the insects. Performance is often correlated with trap size and light emission levels of the required UV wavelength. However, there’s no chance in getting the manufacturer’s claimed performance if the placement of the trap is sub-optimal.

Two obvious considerations in placement are firstly, to make sure the insects can actually see the trap (don’t place anything in front of the trap) and secondly, to not place the trap in a position that gets natural sunlight – sunlight contains all the UV wavelengths that compete with the light emissions from trap bulbs. A range of factors are to be considered in arriving at the optimal trap placement for a given situation, including target pest, type of establishment, and the size and layout of the building.

Certainly, houseflies are a common reason for the installation of light traps. Houseflies tend to fly low to the ground, so traps hung within one and half metres of the ground perform better that traps hung higher on the walls or ceiling hung traps. However, when placed in public areas, safety considerations (people touching the trap) may require placement in a less than optimal position. In food establishments, place the traps in a position to draw flies away from the food preparation areas. With flies also attracted to outdoor garbage areas, placement of traps inside the doorways leading to such areas will help intercept any invaders.

Vinegar flies (Drosophila sp.) and drain flies (Psychodidae) are also a problem in food and drinking establishments; placing light traps behind counters and beverage/salad bars can be highly effective.

In contrast to the low trap placement for day flyers such as houseflies, higher placement delivers better performance for night flying insects such as stored product moths. Just make sure than the light from the trap does is not visible to the outside, as it could attract moths in through open windows and doors.

Obviously, insect light traps need to compete with other light sources for an insect’s attention. It’s not just a question of considering the level of brightness, it is important to understand whether the ambient lighting is providing competition in the attractive UV range. If unsure, check out the specifications of existing lighting before placement and consider adjusting the ambient lighting if necessary.

Typically, light traps only attract insects within a range of up to 30 metres, with houseflies generally being attracted over a shorter distance­, around five metres. In larger areas requiring protection, this may mean placing traps evenly, every 10-15 metres or so. However, it’s important to consider the layout of the facility, potential entry points and the likely targets for the pest, as many buildings can benefit from the smarter placement of fewer traps.

For example, in food storage warehouses, high hung traps five metres or so inside the loading bay doors will do a good job at intercepting moths entering through the door. Placement of further traps along the path to stored or processed food will provide additional protection. If there are narrow hallways, these make great installation sites, as insect light traps are particularly effective when flying insects are funnelled into narrow spaces.

Although we have been discussing trap placement as if it’s a post-purchase decision, actually the site layout and potential placement sites will influence the choice of light trap and should therefore be considered before purchase.

The Halo range of glueboard light traps provides trap options for small to large areas, with the flexibility of wall mounting, suspension from ceilings, fitting above doorways and even being desk mounted. One size doesn’t fit all, and Halo provides the options.

WHAT DO YOUR FOOD INDUSTRY CLIENTS REALLY NEED FROM YOU? 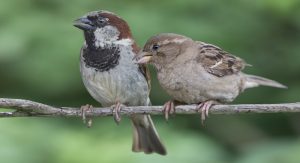