GETTING SOME HEAT IN NZ

Jay Turner of Laguna Pest Control takes a look at the Thermo-bug range in action in New Zealand.

Keeping tabs on the latest technology and products is one way to stay ahead of the curve. It’s certainly a firm belief of Jay Turner from Laguna Pest control, 2017 Pest Manager of the Year.

”I have always had a very keen interest in following pest management in other countries. I think it is very important to be open to new ideas to implement in your business and hopefully set you apart from your competitors. An area that I have found particularly fascinating is the thermal treatment of bedbugs in the United States,” said Mr Turner.

“Although there is a handful of companies with thermal heating equipment in Australia, it’s never really taken off here, possibly due to the costs in adapting equipment to local electrical standards.”

So when Pest IT announced they were bringing the German-manufactured Thermo-bug range to Australia, Mr Turner gladly accepted an invite from Alpeco, their New Zealand partner to visit Auckland and see the Thermo-bug in action.

“On landing in Auckland in the evening, I was straight off to view a bed bug treatment that was already underway in an apartment block. Thermo-bug heaters were heating up an infested room.”

Peter McCarthy, director at Pest IT, explained how the Thermo-bug works.

“Living creatures will die within a short period of time if unprotected in temperatures above 45oC – proteins are irreversibly damaged above this temperature. The Thermo-bug heaters have been designed to bring any room temperature up to a maximum of 70oC, quickly, quietly and deadly, without the use of any chemicals,” commented Mr McCarthy.

Mr Turner continued. “At 5.30 the following morning, we were back to decommission the bed bug treatment, which had been running through the night. No sooner had we reinstated the room to its previous state, ready for the tenants to move back in, we were carrying the gear down the hall and into the next room, to set up and go again.”

The use of two Thermo-bug heaters delivers an even and well-dispersed temperature rise. Using the Thermo-bug Airblower in combination with the heater is the preferred combination. In order to accurately measure and document the temperature distribution in the room, the use of a data logger is recommended.

“While that next treatment was cooking away, Heiko Kaiser, managing director at Alpeco kindly introduced me to some of his happy customers that had benefited from Thermo-bug treatments. Auckland is a very multicultural city with lots of tourists and students, a real bed bug hotspot,” said Mr Turner.

“One of Heiko’s customers, a manager of a 150-apartment building kindly showed me his bed bug incidence records and how the infestation rate dropped from 20% a year down to less than 5% each year, with the aid of Alpeco and the Thermo-bug gear. Previous attempts with chemical treatments had only managed to suppress the numbers and even disperse the problem. Each apartment is now inspected on a six-monthly cycle and any offending apartments subsequently heat treated.

“The afternoon saw us head back to shut down our second heat treatment and set it back up again in another room for that night’s bedbug bake off,” concluded Mr Turner.

The Thermo-bug is a commercial and yet affordable heater manufactured for use in hotels and private households.

With partners around the globe, Pest IT are looking for the next generation of pest control companies that want to become a leader in non-toxic pest control.

“Companies in Brisbane, Gold Coast and Tasmania are already using this highly effective method and have had amazing results,” stated Mr McCarthy. “When could you last guarantee a bed bug job?” 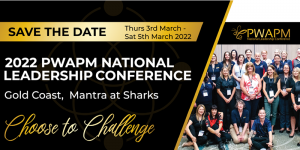 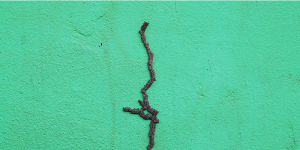