Brisbane’s fire ant season has swung into action, and with it, changes to the program aimed at streamlining fire ant eradication activities, movement controls and tips for homeowners to encourage self management where practical.

Amendments to the Biosecurity Regulation 2016 came into effect in May, which included reduction in the number of biosecurity zones from three to two. These new zones incorporate all new detections over the past 12 months and the change also brings some clarity in terms of soil movements – the key driver of fire ant spread.

Over the past three seasons, the focus of the program was the outer areas of the infestation and beyond (zone 1), which incorporated parts of Lockyer Valley Regional Council, Scenic Rim Regional Council, Somerset Regional Council and Ipswich City Council, to stem the westward spread of the RIFA (Red imported fire ant) By all accounts this has been successful with 98% of the area effectively treated with fire ant bait, although some small clusters will require further bait applications during the coming season.

Under the new changes zone 1 (western rim) remains intact (see Figure 1, below), but the previous zones 2 and 3 (middle and eastern areas) have now been amalgamated (now zone 2). With strengthening of soil movement controls from zone 2 into zone 1, the program is hoping to protect the good work in largely removing RIFA from zone 1.

“Keeping fire ants from re-infecting area 1, including via unintentional human assisted movement of infested materials, is obviously incredibly important to achieving this goal,” explained Dr Wendy Craik, Chair of the National Steering Committee for the program. Soil and other landscape materials can now be freely moved within each zone and from zone 1 to zone 2, but movement from zone 2 to zone 1 and movement of any type outside the eradication area will be tightly control and require a Biosecurity Instrument Permit (BIP).

For the current season, the program will re-focus on zone 2, specifically the western edge adjoining zone 1 where aerial baiting will occur, as well as removing hotspots within the zone and continuing the eastward movement of the eradication effort. One of the other key changes this season will be the introduction of the self management program which will involve both professional pest managers and landholders.

Last year, the program began the task of training professional pest managers, utility company technicians and large landholders in effective treatment of the RIFA, using both direct nest injection and baiting. This season also sees encouragement for landholders to self-treat with ant baits approved for use on the RIFA and available through hardware, rural supply and pest control outlets, or engage a professional pest manager to do the job.

Sumitomo Chemical has been a key partner to government eradication programs of invasive ants, particularly the RIFA, over the past 20 years. The RIFA program in Brisbane utilises bait products based on insect growth regulator technology including pyriproxyfen and s-methoprene.

Emerging from this involvement are several commercially available bait products including Distance Plus and Synergy. Distance Plus is a modified form of the bait used by the program which includes additional carbohydrates and proteins attractive to some of those other more selective feeders. 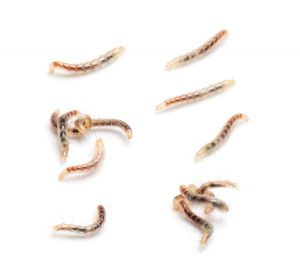 BE RODENT READY AND CLAIM FREE IN 2020