FAILURE TO CONTROL OR RESISTANCE? PART 2

The second in a two-part Active Insight series from Steve Broadbent, regional director for Ensystex, on the science of resistance.

When a treatment program fails to control the target pests, the failure is often attributed to ‘insecticide resistance’. How often is this actually the case?

I regularly hear from professional pest managers that the cat flea (Ctenocephalides felis) is resistant to our modern insecticides, and that the cause of this is the extensive use of insecticides that are now widely available to the general public for treating their dogs and cats.

The reality appears to be different, however. Fleas have been controlled by insecticides now for over 60 years, with a significant influx of do-it-yourself products coming into the market during the last 20 years. Although resistance to insecticides in fleas has been documented for organochlorine, organophosphate, carbamate, pyrethrin, and pyrethroid insecticides, its impact on control in the field is not to the extent that many believe.

A question of genetics

Knockdown resistance (kdr) was first recognised in house flies in 1951, and is now known to be a recessive allele conferring cross-resistance to the entire class of pyrethroids and pyrethrins, as well as to DDT. In many cases it is accompanied by a second recessive resistance trait called super-kdr (skdr), which confers greater resistance.

In a 2015 study, flea populations from Australia (and nine different states in the United States) tested heterozygous for these kdr and skdr alleles that are responsible for pyrethroid resistance. The fleas also showed reduced susceptibility to permethrin (Rust et al., 2015).1 Resistance to pyrethroids is generally related to cross-resistance to DDT, which has a similar mode of action.

Despite the presence of these resistant genes, pyrethroids will still usually provide effective control, due to more effective formulations and since the level of resistance present in a population is generally less than the recommended label dose rate.

Fipronil: a new mode of action

Significant changes to the mode of treatment for fleas occurred in the mid 1990s when we saw the registration of fipronil and imidacloprid products, allowing for oral and topical application to pets for flea control. Since then, a range of further actives (e.g. spinosad, indoxacarb, afoxolaner) have been registered, with similar application directions. These products are intended to break the flea lifecycle by killing adult fleas on the host animals and preventing the production of viable eggs.

To date, there is little evidence that resistance has developed to the new on-animal and oral therapies. Even though fipronil and imidacloprid have been used for over 20 years, there are only four published reports of resistance to fipronil, and only one possible instance for imidacloprid. A detailed study monitoring the susceptibility of cat flea populations to imidacloprid tested more than 2200 C. felisisolates from around the world, including Australia, and found there was no evidence of a decreased susceptibility to imidacloprid over the last 17 years (Rust et al, 2018).2

When we consider cockroaches, I also hear concerns expressed over cockroach resistance to the various bait active constituents. Certainly, cockroaches have developed measurable resistance to every organic insecticide within several years of intensive usage, going back to DDT, but does this impact performance in the field?

Since the introduction of the newer insecticides used in cockroach baits (e.g. imidacloprid, fipronil, indoxacarb), low to moderate levels of physiological resistance in the German cockroach (Blattella germanica) have been detected. It is generally accepted that these resistant strains exist, not due to selection pressure from the newer actives through cockroach baiting, but rather as a consequence of cross-resistance to previously employed actives in spray programs. Resistance to fipronil in German cockroaches, whose ancestors had never been exposed to it, has been attributed to enduring resistance to the cyclodiene insecticides (organochlorines), which were formerly widely used for cockroach control, and have a similar mode of action to fipronil.

At present, there are very few scientific reports of cockroach baiting products (containing these more recently discovered active constituents) failing to control populations due to insecticide resistance. One logical reason for this is the high palatability of cockroach bait formulations. When cockroaches feed on a bait the active is consumed at significantly higher doses than those required to kill. B germanica typically consume 150 to 1300 times the lethal dose of fipronil, and 200 to 400 times the lethal dose of imidacloprid, after 24 hours of exposure. We do not create resistance through baiting programs; the high consumption of the active constituents results in the death of the cockroaches and means the development of resistance may either not occur at all or may be significantly delayed in appearing.

The frequency of a resistance gene within a B. germanica population may increase if some cockroaches survive sub-lethal exposure to baits. This may occur through the ingestion of lower doses of insecticide from cockroach excretions, the use of less palatable baits, or when feeding is interrupted through cockroach aggression behaviour – fighting over a food source.

In a five-generation laboratory selection study, field-collected B. germanica strains showed a steady increase of physiological resistance levels but, due to the high palatability, the fifth-generation cockroaches, with increased levels of resistance, exhibited only low levels of resistance to gel baits and 100% mortality was still achieved by bait treatments.3 Although this study shows that resistance could be enhanced under baiting conditions, it did not reach a level where it could impact performance.

A more recent study, published in 20164, followed reports of control failure in an apartment in Puerto Rico that had been heavily baited for several years with indoxacarb, fipronil and hydramethylnon gel baits.

It was still noted though that bait formulations may remain effective, even when dealing with moderately resistant cockroach populations. The difference in mortality between an insecticide-susceptible strain and the resistant strain isolated in the apartment was much less in bait feeding tests than from topical application, with most adult resistant cockroaches dead by the end of the baiting trials.

This is related to the fact that bait actives such as fipronil, hydramethylnon and indoxacarb are more toxic by ingestion than by topical application, with indoxacarb activated by insect enzymes. Also, as mentioned above, ingestion can deliver significantly greater doses of the actives to overcome low to moderate resistance. For example, compared with topical application, it was estimated that baiting delivered 600-times the LD50 and nearly 400-times the LD90 of fipronil – which is more than sufficient to overcome the 16-fold resistance reported with the artificially selected resistant strain.

The key aspect with cockroach baiting is to ensure that plenty of bait is made available, especially when dealing with serious infestations, and to apply lots of small bait points. Pest managers should not aim for the expedient solution of placing fewer, larger bait placements, which encourages cockroach bait aggression behaviour and reduced feeding/control.

While studies show that physiological resistance to insecticides can develop in urban pest situations, in the vast majority of situations the level of resistance is not sufficient to impact control. In other words, before attributing a case of control failure to ‘resistance’, other factors should be considered, such as application method and control technique. Nevertheless, it is clearly prudent to follow best practice in insecticide use – follow the label to ensure correct application and in situations of repeated use, over an extended period, rotate between products containing insecticides with different modes of action. 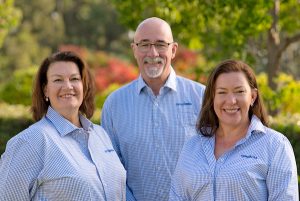 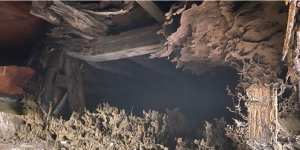