The High Court has ruled that owners of social media pages can be held responsible for defamatory comments made by others on pages they own.

Unfortunately, social media trolls are very much part of life in the online world. Often many of the comments made by these trolls would be considered as defamation to the party concerned. Certainly, it leaves the troll open to potential legal action. However, a recent ruling by the High Court means that business or group running the social media page where these comments are posted can also be open to legal action!

“Freedom of speech” doesn’t mean, and never has meant, you can say what you want. This applies to the online world as much as it does to the real world. Emotions often run high in discussions online, with social media warriors venting their opinions often with little fact. Those making comments online need to think carefully about whether what they are writing can damage someone’s reputation, in particular they need to make sure they have facts to back up any derogatory comments.

There are a number of defences to defamation, the three common ones being:

It is this last defence that is of interest to the owners of social media pages.

The case arose after three mainstream media companies posted a story about a youth detainee on their Facebook pages. The stories themselves were not defamatory, but some of the comments made in relation to the story were. The detainee decided to sue the media companies rather than the people making the comments, arguing that they were the “publishers” of the content.

Although the case was in relation to the Facebook pages of large media companies, the ruling effectively means that any business or group running a social media page, can be held responsible for comments made on their pages.

What does it mean for those running social media pages?

Well, the safest option is to turn off comments on a page. However, for many organisations this defeats the purpose of having a social media page. The second option is to make sure you have a clear policy for use of the social media page and making comments, and most importantly that you actively monitor and manage comments made on your page. Generally dealing with potentially defamatory comments within 24 hours would be deemed appropriate, but leaving such comments in place for a week or two could well leave you open to being sued.

Those who post the defamatory comments will still be liable, but when it comes to social media, with many using false profiles, it can be difficult to identify the individuals concerned. Far easier to identify and sue someone with the deeper pockets – the publisher, the page owner.

This ruling would apply to all social media pages, both public pages and closed groups. There is likely to be refinement of the ruling and indeed changes to media laws over the coming years, but for now this is the current state of play. 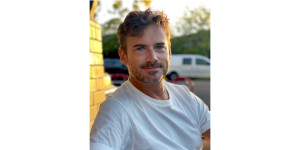 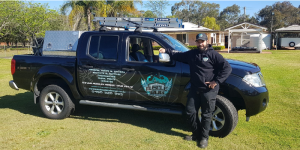