Although wasp season has begun in earnest, it appears that the level of activity is about normal for this time of year.

In the southern states of Australia, the wasp season is well underway and depending on the weather could last for a while yet.

In our southernmost state the European wasp season well and truly has Tasmanians abuzz. The flying yellow and black stingers are out in force, causing locals to wonder if there are more than usual this year.

However, Simon Fearn from the Queen Victoria Museum and Art Gallery said this year’s numbers were not unusual.

“Every autumn everyone gets excited about wasps and says there are more wasps this year than any other year,” he said. “It’s just that at this time of year the nest is reaching its largest size so people just start to notice the wasps more.”

Mr Fearn said the usual cycle for the European wasps was that a queen would start to build a nest in August or September, the numbers build through the warmer months and then the nest died off through a wet winter. A one-year wasp nest can have a couple of thousand residents, but if the nest does not die off over winter it can grow to house tens of thousands.

“When they start a second season in the spring with a fully formed nest and a fully formed consignment of workers, these nests can rapidly expand into gigantic nests and contain many tens of thousands of wasps.”

The biggest European wasp nest ever found was dug up by Mr Fearn on a property at Karoola, north east of Launceston. At nearly a cubic metre in size and weighing in at 100kg, it took two days to excavate the nest and four men to carry it out of the bush. It’s now on display at the Queen Victoria Museum in Launceston.

European wasps were accidently introduced to Tasmania in 1959 before being discovered on mainland Australia in 1977. Mr Fearn said it was now impossible to rid Tasmania of the pests.

It’s unclear whether the wasps have had an effect on native wildlife. “We don’t really know what sort of impacts they’ve had in Tasmania because there was no baseline data collected before they were here, but they’re here to stay, I guess.”

Based on an article from ABC Hobart written by Carol Raabus. 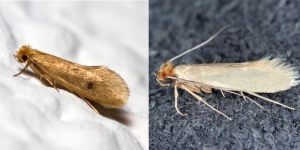 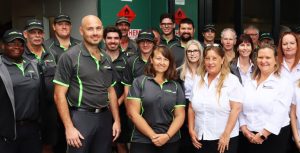