Marc Widmer of DPIRD recounts two of his most challenging experiences of controlling Argentine ants in WA.

Argentine ants are a global pest species, listed in the world’s ‘top 100 invasive species’[1]. With multi-queened nests and a tendency to form ‘super-colonies’, they are a most difficult species to control and a significant environmental, horticultural and human amenity pest. In Western Australia in the 1950s, Argentine ants became such a serious pest that public pressure initiated a government response, and the Argentine ant eradication program ensued until a ban on using organochlorine insecticides shut the program down in 1988.

In 1997 a major Perth hospital contacted the (then) Department of Agriculture about a long-standing Argentine ant problem. (The Department of Agriculture changed to DPIRD later in 2017). The problem was so severe that patients were suffering ants in open wounds, and there were problems with ants in a recovery ward and an operating theatre on the fifth and sixth floors respectively. The situation was not alleviated even with weekly perimeter spraying using residual organophosphorous insecticides, such as chlorpyrifos.

Since the closure of the eradication program, the department had developed a baiting technique and special bait matrix. The matrix, Liprocarb, (so called because it contained lipids, proteins and carbohydrates) was versatile in that the ratio of ingredients varied according to the season, and it could be tailored to attract a specific species and carry any suitable toxicant. A baiting strategy using this matrix was instigated for treatment of the hospital grounds incorporating a synthetic organofluorine toxicant. The bait was applied at a rate of 2kg/ha over the 24-hectare site and for eight weeks after treatment we saw increasingly listless Argentine ants. After nine weeks however, and to this day, Argentine ants have not been reported in the hospital or surrounding gardens and native ants abound.

Perth Zoo has a long history of severe Argentine ant infestation, having required regular spray treatments since the 1950s with chemicals ranging from the organochlorines, to organophosphorus, and synthetic pyrethroid insecticides. Nevertheless, for several reasons – including an inability to treat within animal enclosures – pest control practices consistently failed to provide effective control. Animal deaths, stress and reduced breeding capacity was a critical ongoing problem, with enclosures such as the butterfly house deemed non-viable and closed down.

In 2006, the zoo’s renowned breeding program for critically endangered native species was close to collapse due to abortion rates caused by the stress of heavy Argentine ant infestation. When the ants’ direct predation of newborn numbat, dibbler and echidna pups and puggles was recognised, the Perth Zoo Board contacted us at the (then) Department of Agriculture for assistance.

A baiting strategy in line with the hospital program was undertaken to eradicate Argentine ants from within the zoo grounds. Liprocarb bait was applied at a rate of 2kg/ha over the entire 18 hectare grounds, using tamper-proof, bait-filled tubes inside enclosures housing fretful or dangerous animals. Fipronil at the rate of 100 parts per million (ppm) was the chosen toxicant.

Candidates for bait toxicant need to have several unique qualities: they must have stable molecules and be non-repellent; they must be effective when serially diluted (as the target species shares the food); and must have delayed action so that there is scope for the bait to move throughout the colony before deaths occur. Water solubility is also an advantage, and fipronil ticked all these boxes. In a series of laboratory and field trials, my team had proven fipronil to be the single most effective ant bait toxicant, with minuscule amounts being required to provide effective control.

One week after baiting, ant populations had greatly reduced with no reports of ant problems indoors or within animal enclosures. At about this time we were also amazed to witness thousands of queens wandering in the open. This was presumably because either worker ants could no longer care for them, or the nests were contaminated, or both.

To prevent Argentine ants reinvading from surrounding areas, the zoo contracted a pest control company to periodically apply a repellent synthetic pyrethroid barrier around the outer perimeter of the zoo. Unfortunately, this barrier failed to stop the ants reinvading, and the ants quickly returned to their original high populations.

Liprocarb baiting had proven very effective, but was also complex and onerous. Instead of attempting eradication again, we decided to implement and fine-tune a baiting strategy, with the plan that zoo staff would eventually take over. A simple bait management system was developed using 25% sugar water, some ingenious bait stations and fipronil at 10ppm. The process cost less than $5 per week in materials and only one hour per week in labour. Within six months, and using only ten bait stations to service the entire 18ha area, control was achieved.

This outcome was achieved via a collective sequential suppression of multiple discrete areas, over time. It was dependent on a few factors: for example, the bait stations had to be repositioned weekly to areas where ants were seen foraging. This effectively allowed each station to treat a much larger area over time. Also, fresh bait had to be administered weekly, without breaks in treatment to prevent ant populations bouncing back.

My team and I managed the baiting for a further two years before handing over to zoo staff to maintain the program indefinitely. The success of the baiting program meant chemical sprays were no longer needed, and to this day Argentine ants are hard to find anywhere within the zoo grounds.

Here are two of many examples where we have achieved eradication or effective control using baits. I believe there is no effective commercial bait, granule or dust formulation available for heavy Argentine ant infestations, and because only about 2% of ant populations are above ground at any one time, spray treatments often prove ineffective. Baits have the advantage of using ant populations to collect and distribute the toxicant directly to the colony, including the queens and brood. Our research has demonstrated superior control of Argentine ants with more than a 99.9% reduction in the amount of insecticide used compared to conventional spray treatments, with as low as 0.03g of active ingredient per hectare being required to provide very effective control.

NB: Liprocarb is not commercially available in Australia.

[1] The list “100 Worst Invasive Alien Species” is from the Global Invasive Species Database of invasive species that have been recognised globally as a major threat to biodiversity (the collected wealth of the world’s species of plants, animals and other organisms) as well as to agriculture and other human interests, compiled by the Invasive Species Specialist Group (ISSG). ISSG is a global network of scientific and policy experts on invasive species, organised under the auspices of the Species Survival Commission (SSC) of the International Union for Conservation of Nature (IUCN). 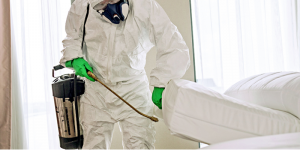 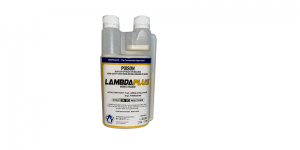