DISCOVER THE BENEFITS OF SENTRICON ALWAYSACTIVE

The Sentricon AlwaysActive system allows for flexibility of installation in even the toughest of conditions.

The benefits of the Sentricon AlwaysActive system are extensive for all users involved: pest managers, homeowners and builders alike!

For the pest manager, Sentricon AlwaysActive provides: immediate protection of structures; potential for termite colony elimination even before the first monitoring visit; rapid and easy installation of the system; nil OH&S requirements (gloves are recommended only to prevent transfer of scent to the rods); potentially faster and less frequent monitoring; flexibility in monitoring and free, easy, online training for staff. Together, these benefits provide peace- of-mind that your company’s reputation is being upheld with robust termite protection, whilst increasing profitability due to the additional time available to seek new clients.

For homeowners, Sentricon AlwaysActive also provides: an affordable protection system; an effective termiticide without any risk to the family, pets or environment; no spraying of chemicals around the house; a flexible system that can accommodate changes to the structure’s footprint and landscaping; and rapid installation and monitoring – so minimal disturbance from pest managers.

Sentricon AlwaysActive has already proven its worth. It is currently protecting more than two million new homes, existing homes, commercial structures and historic properties around the world. The United States White House, Statue of Liberty and Disneyland (to name a few) are protected by Sentricon AlwaysActive. It has been the only termite control product to earn the Presidential Green Chemistry Challenge Award. It was also the first termiticide to earn ‘reduced-risk pesticide’ status.

Use in Australia is in its infancy, having only being approved for use by the APVMA late in 2015 and with CodeMark accreditation, for use in construction, achieved early this year. However, local success stories are already in abundance.

John and Tara Broncano from The Termite Trackers in NSW (main picture, above) achieved colony elimination in two months.

“I had a good experience with Sentricon AlwaysActive on the Central Coast doing a house that had an active infestation. We tried to bait the termites inside the building but it was to no avail. So I ended up foaming the termites out to stop any further damage.

“The customer had initially agreed to install a perimeter baiting system so we installed AlwaysActive. That was last November. Within six weeks the termites were feeding on it. I did a final check in February, and the colony had been completely eliminated. There was no live activity in the two stations they had eaten, just dead termite soldiers, so an indication that the colony had died off suddenly. This was a really, really good result considering the small amount of rod they’d consumed.

“That result took three and a half months, but as far as from detecting an actual infestation to eradication, it would have been about two months.

“Having AlwaysActive means I can have more clients. My time is free to service more clients, knowing they are protected. It also gives me more flexibility – knowing the rods are in place from installation, means I don’t have to be quite as vigilant with monitoring visits. It’s been a real benefit to how I manage my business, and balance that with my family.”

Matt Henry from Allpest in WA has installed the largest system in Australia.

“We were invited to visit an iron ore mine in the Pilbara. They had termites fairly aggressively infesting a lot of the trees and shrubs they’d put around the miners’ quarters.

The soil up there is very hydrophobic; it doesn’t take a lot of moisture and the water doesn’t penetrate very deep. The other issue we had was limited subfloor access.

“I drew a line in the sand very early on that a liquid chemical option was just not going to work because the soil was too hard, it wasn’t able to penetrate deep enough into the soil to provide a proper treatment zone and the access for us to get in and deliver the chemical into the right spots was just too limited. So it really had to be a baiting system. There are other bait systems on the market, but they don’t provide a termiticide with them. Our best option was to use Sentricon AlwaysActive.

“The fact that AlwaysActive is also less labour intensive means you don’t have to go back and inspect it as often (the site was a drive of over 12 hours from Perth), because there’s already termiticide inside it, really triggered a response with the mine.

“So late last year we installed 3179 stations around the camp. That kept us busy for weeks and we’ve had hits already.

“Our aim is that this system will attract the termites, the termites will feed on the rod and then kill the termite colony. Over time we hope to get a greater suppression of termite activity in the mine village and reduce the cost of ongoing termite damage.”

Builders are completing estates with Sentricon AlwaysActive as a means of differentiating themselves from other developments, whilst also enjoying the benefits to their business from an easy and undisturbed installation.

Many owner-builders are also falling back on Sentricon AlwaysActive to fulfil their termite management system compliance for occupancy, particularly where this step may have been overlooked. 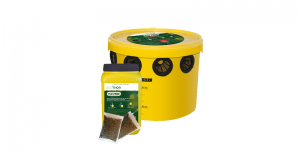 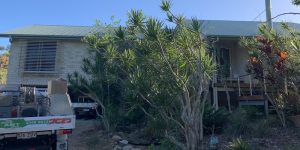