Australia has an interesting history when it comes to dengue fever.

Many associate dengue fever with tropical areas, where there are significant populations of the main mosquito vector, Aedes aegypti. In Australia, its distribution is currently confined to the tropical north, in areas such as Cairns and Townsville, where there have been occasional dengue outbreaks resulting from travellers returning from Southeast Asia and the Pacific, where dengue fever is endemic.

But dengue fever is not limited to north Queensland. Last year there were 2000 dengue fever cases in Australia, a 20-year record. These cases were evenly spread across WA, VIC, NSW and QLD.

Whilst Aedes aegypti is only known to be present in north Queensland at the moment, this has not always been the case. Historically, A.aegypti has been present from as far south as Perth on the west coast and Melbourne on the east coast. The most southern case of dengue transmission was recorded in Gosford (NSW) early last century. Since that time the distribution of A.aegypti has contracted to the north.

The last recorded collection of A.aegypti occurring in NSW was 1948, in NT in 1956 and WA in 1970. By 1957 it had disappeared from Brisbane. The last dengue outbreak in Brisbane occurred in 1942-43 resulting in 646 cases. However, the last confirmed, locally acquired Brisbane case was recorded in 1948.

Why has Aedes aegypti and dengue retreated north?

Researchers led by Brendan Trewin (CSIRO) have been analysing the reasons for this disappearance from Brisbane, to determine whether it has the potential to return.

Aedes aegypti has a preference for feeding on humans and uses many of the artificial containers found around buildings for oviposition – they are ‘container-breeding mosquitoes’.

From a climatic point of view, Brisbane represents sub-optimal breeding conditions for Aedes aegypti – it ­­is a tropical mosquito and Brisbane is right at the limit of its range. However, the lack of available drinking water in Brisbane in the 1800s through to the 1900s meant that rainwater tanks were utilised as the main source of potable water, reaching a peak of more one tank per dwelling in 1912. This high density of readily available breeding sites, in close proximity to potential food sources (humans), allowed Aedes aegypti to survive in these otherwise marginal conditions.

In 1921, local authority regulations were implemented to minimise mosquito access to water tanks, either through sealing or removal of water tanks. Associated mosquito monitoring indicated that non-compliant water tanks were key breeding sites, with over 50% of non-compliant tanks containing mosquito larvae in the 1927 survey.

Although the number of non-compliant tanks dropped prior to 1939, it was not until the end of World War II that compliance was enforced in any meaningful way. Coupled with a drop in water tanks to less than 0.5 per dwelling with the introduction of reservoirs to supply Brisbane in 1954, there was a rapid decline in non-compliant tanks after 1955. The resulting loss of readily available breeding habitats eliminated Aedes aegypti from the Brisbane area.

The authors of this research concluded that the replacement of rainwater tanks with mains water, removal of non-compliant rainwater tanks and the implementation of regulations and community engagement, all contributed to the elimination of Aedes aegypti from Brisbane.

This top down (Government) and bottom up (homeowners) approach is considered vital for any mosquito control program.

For mosquito control on a local level, educating homeowners and eliminating or treating mosquito-breeding sites remains a key component of any professional mosquito control program, whatever the mosquito species. Providing homeowners with tips to eliminate breeding sites, and by using IGRs such as Sumilarv G to treat water containers, gives pest managers a great opportunity to demonstrate their knowledge and deliver superior results to treatments that only include a residual/fogging treatment.

Employing the ‘eliminate or treat’ approach to mosquito breeding sites as part of any general pest control service or specialised mosquito treatment can rightly be viewed as an important community service, as well as the opportunity for a little extra income!

To think dengue will not return to Brisbane or other ‘marginal’ breeding areas, is probably a bit complacent. The expected increase in temperature due to climate change will more than likely allow the expansion of suitable breeding environments for Aedes aegypti and other mosquitoes. Coupled with the installation of over 300,000 rainwater tanks across Queensland as a result or the droughts in the early 2000s (more than 40% of properties in Brisbane have a tank), conditions for Aedes aegypti may soon be less marginal than they are now.

Russell et al (2009). Dengue and climate change in Australia: predictions for the future should incorporate knowledge from the past. Medical J. Australia 190(5): 265-268. 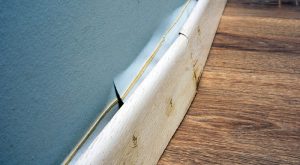 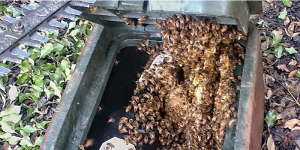