Description: Eggs are laid in a mass under a layer of fluffy scales, on the underside of the leaves of the chosen food plant. Younger caterpillars, initially green and translucent, will feed as a group, destroying the leaf from underneath. 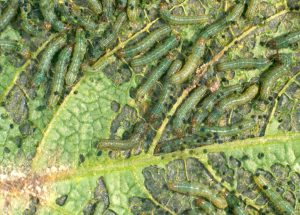 The caterpillars change significantly in colour, darkening as they mature. These later, older instars are most easily seen and are distinctive enough to make identification possible. The second-last instar is brown with a wide wavy yellowish line on the flanks, three thin yellow or red lines along the back, and black triangles down each side of the back, pointing towards the midline. The final larval instar, up to some 5cm long, is nearly black, but still has the pale lines, and the triangles can still be made out.

Caterpillars will pupate underground in sandy soil, and emerge as brown moths about 2.5cm long, with wings held along the body. The forewings are marked with a complex pattern of cream bands and wavy lines, and the males have a blueish-grey band along the hind edge of the forewing, Hindwings in both sexes are silvery-white, but are not visible when the moth is in its resting position.

Geographic distribution: Found across most of Southeast Asia, many Pacific islands, and all Australian states. A nearly identical moth, S. littoralis, is found across Europe, the Mediterranean, and the Middle East.

Habitat: Found in gardens, urban parks, agricultural land, bushland and weedy blocks across Australia. Adults may be found inside houses, but only when attracted by artificial light.

Pest status: A major agricultural pest having earned its various common names from sheer numbers, aggravating habit of cutting off seedlings at ground level, and wide diet. The caterpillars attack tobacco and cotton crops, but also brassicas, lettuce, tomatoes, deadly nightshade, and over 500 other crops, weeds, and trees. They feed on the leaves, fruit, stems and even the roots. Some of these plants are quite poisonous, but the caterpillars are seemingly unaffected. After exhausting one food supply the caterpillars may move off as a group to find a different food plant.

Treatment: In the domestic situation, chemical insecticides are not not recommended, due to the risk of pesticide residue on garden vegetables, and widespread pesticide resistance in the species. Caterpillars found on small plants, and any leaves with egg masses, should be physically removed by the client, as should any weeds in the garden where the caterpillars are found. Birds, various parasitic and predatory insects, and specialised insect viruses, will control cluster caterpillar numbers in a healthy garden. 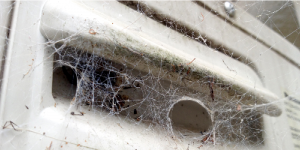 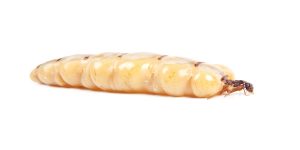