CHOOSING THE SOFT OPTION FOR RODENTS

Shannon Grohs of Gippsland Pest Management, VIC, explains why he and his team have chosen to eschew traditional block rodenticide baits in favour of new, soft baits.

When it comes to selecting a rodenticide for clean-out jobs and maintenance programs, it usually comes down to a choice between wax blocks and soft baits. Many pest managers use only block baits, as they have been around for decades, while others will use a combination of block and soft baits. However for Shannon Grohs (pictured above), owner of Gippsland Pest Management in Victoria, he and his team “think outside the block” and use only Liphatech soft baits for all their rodent work.

Mr Grohs explained, “The decision to switch to soft baits started six years ago when Liphatech launched Generation First Strike, with their own active ingredient difethialone. We were interested in trying a rodent bait that actually had no wax, so we trialled First Strike with our domestic customers. We found it to be much more palatable than the block baits we’d been using.

“A couple of years ago we picked up a new rodent management contract at a piggery where the previous service provider had been unable to get the rodent population under control. The rodents were rampant at site, causing thousands of dollars in physical damage, including causing an electrical fire that destroyed buildings and livestock.

“We initially tried a cholecalciferol rodent bait but found there was very little uptake and the bait quickly became mouldy inside bait stations. Due to the tough environmental factors of the piggery we needed a rodent bait that would perform in extreme conditions. So we decided to try First Strike due to the success we had experienced on other sites.”

“Within days there was clear evidence of the effect First Strike was having at the piggery, and we quickly gained control of the rodent population. Our client was very happy as they could see the results.”

As ‘the soft bait innovators’, Liphatech released a second product into the Australian market in June 2019, Resolv Soft Bait, which uses the active ingredient bromadiolone. “This new soft bait was a real game-changer as it allowed us to stop using bromadiolone block baits, as we have certain clients that stipulate the use of this active on their sites,” said Mr Grohs.

Mr Grohs was interested to try Resolv Soft Bait with bromadiolone to continually keep control of rodent populations whilst having the benefits of palatability with Liphatech soft baits.

“We’ve been using Resolv Soft Bait for the past eight months now and find it to be a consistent performer,” said Mr Grohs. “We now only use soft baits for all our domestic, commercial and farming clients – either First Strike or Resolv.”

For Mr Grohs, one notable benefit of using these two soft baits is that it gives him the opportunity to use different chemistry at each site, either opting for difethialone or bromadiolone. Another added benefit of using Liphatech products is they are not sold in the DIY market.

“The fact that Liphatech products aren’t sold at hardware stores or supermarkets gives us an edge – our customers can’t purchase our rodent control baits so they trust in our technical expertise and ability to deliver professional pest management services.”

Gavin Wilson, technical and marketing manager for Liphatech commented, “First Strike and Resolv soft baits have similar characteristics that enable them to consistently perform well. Both come in a paper sachet that allows the aromas to easily escape, attracting rodents. The 10 g sachet size enables pest managers to use a little or a lot depending on the rodent infestation. The products cannot crumble or be easily displaced as compared to traditional blocks, and retain palatability and effectiveness regardless of the temperature variants experienced.

“Professional pest managers can be confident in using Resolv Soft Bait over a bromadiolone block for clean-out and ongoing maintenance programs and in using Generation First Strike in situations where a quick knockdown from a difethialone bait is required.”

Resolv Soft Bait can be found at Garrards while First Strike is available from all main distributors. 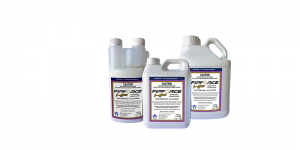 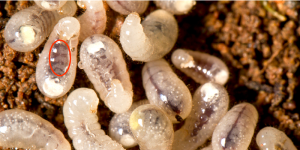