Termseal Australia produce a flexible range of products which can be used in combination to create a robust perimeter barrier, to protect structures from concealed termite entry.

The slab has been constructed to AS 3600 or AS 2870, the penetration collars were installed on all pipes, there are no construction joints in the slab… so why are there termites in the home?

Most likely, observation will reveal that no perimeter termite barrier was installed during construction. Possibly because the home was originally reliant solely on ‘slab edge exposure’ – using a minimum 75 mm slab edge exposure as the visible termite inspection zone – but which over time a succession of homeowners had covered up with the addition of pavers, gardens, and other landscaping.

Termites normally enter slab-on-ground homes over the slab edge, entering the wall cavity through imperfect mortar joints or even weep holes. Without an effective perimeter termite barrier system installed below the timber framing, the home is at risk from concealed subterranean termite entry.

The style and design of building structures varies dramatically across the nation. Whether the building is used for residential or commercial purposes, its location, and the slope of the land all influence the construction design and processes required. In many cases the requirement for multiple construction methods can present some real difficulties in providing adequate termite protection.

Because of these difficulties, Termseal created a range of products that could be used for termite protection for a variety of construction methods with the products being able to integrate with each another. Termseal offers four perimeter systems, with each system comprising six main components and several ancillary components used in the installation.

Termseal Ura-Fen Major is a two-component, polyurethane settable foam. Initially dispensed as a fixed ratio liquid, it undergoes an exothermic reaction to expand and fill the void into which it is injected. As part of this process, capillary action draws it into porous materials such as concrete slab edges and brick faces, thus providing exceptional bonding qualities. When cured, Termseal Ura-Fen Major contains 0.2% bifenthrin and is perfect for treating brick cavities, gaps, voids, and fissures. It also has uses in commercial tilt-wall panels or injecting into existing brick cavity structures.

Termseal Ura-Fen Shield TWB is an extremely strong flexible plastic and foam sheet containing 2 g/kg bifenthrin with a polyolefin sheet bonded either side. It is made using a patented process and the active component is encapsulated within the foam matrix, which ensures no leaching and provides long-term repellent properties and protection against termites.

Termseal PRM (poly reinforced membrane) Active is a specialised, termite resistant and waterproof sheeting containing 0.1% bifenthrin as the active constituent. It consists of Termseal Multi-Purpose Active, a termite resistant and waterproof compound that is impregnated into a poly fibre industrial fabric using knifing technology and then cured through a drying bank. Termseal PRM Active sheeting has been tested and shown to be suitable as a termite and damp proof course system.

Termseal PRM Active is used as a stand-alone barrier system or in combination with other products to create and complement other Termseal systems. It is the preferred product for use along the perimeter of timber framed and clad construction, as an ant-capping system to the perimeter and piers of suspended timber floor structures, and across cavity wall constructions using our newly introduced PRM active side-loaded procedure.

The Termseal Termite-Pro Perimeter Retreatment System (TTPRS) offers long-term perimeter protection with a replenishable system. TPPRS can be installed as a pre- and post-construction termite barrier system. It offers simple installation with minimal parts and has a maximum installed length of 35 metres. It can be used with any registered termiticide with approval for use with reticulation systems.

Pest managers can feel confident knowing that all Termseal products have been researched, developed and manufactured here in Australia, at our Brisbane factory, for Australian conditions against Australian termites. 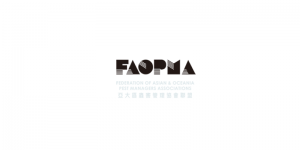 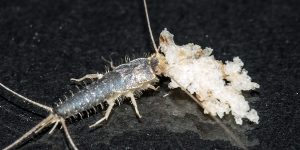