Back in 2007, Cure All Pest Control from Brisbane’s southern suburbs serviced a Brisbane property (Pictured above) that was suspected of having termites. Although it was a steel-framed house protected with Termimesh, a full inspection of the house and its surrounds revealed termite activity. Little did the pest manager know at the time that this would be the first of two occasions – 14 years apart – where the property would be protected using Sentricon.

On that first visit, the pest manager eliminated the termite activity using Sentricon AG Termite Baits. As a preventative measure he also installed the original Sentricon in-ground monitoring and baiting system around the property. After two years without termite activity, the homeowner decided to cease pest manager inspections, choosing to self-monitor their site from 2009 onwards due to the annual ongoing costs.

In March 2021, the homeowner called Cure All Pest Control and asked them to come and look at a suspicious area that the plumber had found after discovering a moisture problem. A full inspection revealed Coptotermes acinaciformis in the subfloor trailing on the ground and working their way up between the metal frame and the gyprock. They had also damaged the skirting door frames on the lower level until the invading colony eventually made it to the spotted gum timber floorboards in upper-level hallway.

Upon consideration of the site and after consultation with the homeowner, it was determined that the best method of treatment was installing Sentricon AG Termite Baits to begin the colony elimination process on the active termites and installing the Sentricon AlwaysActive in-ground stations around the perimeter of the property. This idea was welcomed by the homeowners after the success of using Sentricon during the previous infestation.

After the full inspection, three Sentricon AG stations were installed with one of them double stacked to provide a larger amount of bait at that particular point due to the high amount of activity. The in-ground stations originally installed in 2007 were replaced and upgraded to the Sentricon AlwaysActive system. The customer was very impressed when the technician explained the difference between a traditional monitoring and baiting system and the AlwaysActive system. A total of 36 AlwaysActive in-ground stations were installed around the perimeter of the house at three-metre intervals with additional stations installed in termite conducive areas.

“The environmental pressures at the property are very high due to it being on heavily timbered acreage with multiple dams,” said Damien Bishop, general manager of Cure All Pest Control. “Every five metres or so you can discover termites, and all different species. So having the protection of Sentricon AlwaysActive gives confidence to Cure All Pest Control and the homeowner alike.”

Two weeks after installation, feeding had commenced on all three above-ground stations with approximately 150 g of bait consumed. The homeowner was impressed yet again by the performance and knowing that colony elimination was underway was very reassuring.

Mr Bishop added, “Sentricon was the obvious product of choice for this site. With regular inspections of the in-ground stations from now on, we’re confident of keeping the property safe from further attack.” 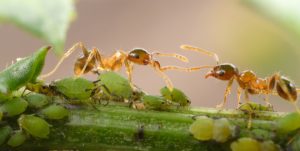 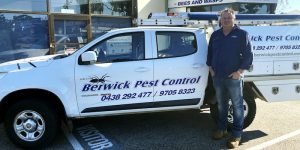 TACKLING THE PROBLEM FROM ALL ANGLES