Termite detection dogs are gaining a higher profile in the industry, as the success stories of pest managers that have invested in this ‘technology’ start to spread. But a good working dog can be used to detect more than just termites. Bug bugs for example…

The Dogwall training system uses the reward of a tennis ball to train dogs to a specific odour. As long as the dogs have a strong fetch-and-retrieve instinct, the Dogwall can rapidly train dogs on a new odour. “My termite detection dog, Ess, was trained to indicate on bed bug odours within five training runs,” said Mr Clarke.

Not only can dogs be trained rapidly, the odour memory can be long lasting. “Immediately after the training, Ess successfully completed one bed bug inspection, but then did not do another bed bug job for 18 months. On this second job, he only needed one training run to confirm he could remember the odour and he was good to go again.”

When training a dog on termites or bed bugs, Mr Clarke emphasised the need to train using a broad odour profile. For termites it is important to expose the dog to a variety of termite species, termite damage and mudding; for bed bugs it is important to train them using both common and tropical bed bugs from a number of sites in the field. Using a sample from a single laboratory colony will result in a dog trained on a specific odour and increases the chances of no indication by the dog in the field, which means activity could be missed.

Mr Clarke received a phone call from a potential client in Singapore requesting two detection dogs, one for termites and one for bed bugs, in the belief that having a single dog trained on both odours would create a conflict. As Mr Clarke pointed out, “The question you have to ask yourself is if you are carrying out a hotel or home inspection for bed bugs and termites are present, do you want the dog to show you?” Although it may create a false positive for the bed bug inspection you are carrying out, it is a business friendly ‘error’ as it is going to generate increased sales.

Mr Clarke is receiving an increasing number of calls from pest management companies struggling with troublesome bed bug jobs. He received a call from Deidre DeMarco, operations manager from Flick in Sydney, who was having ongoing problems with a backpacker hostel.

Ms DeMarco was aware of the potential of detection dogs for bed bug work having previously worked with Mr Clarke, although had no personal experience in using a detection dog. However, as Mr Clarke explained, “The beauty of a Dogwall trained dog is that they respond to the tennis ball and not to a specific handler, so anyone can use a Dogwall trained dog. The dog is a professional. You take him to the job. Make sure there are no cats. Show him the ball and say, ‘Find me the bugs’.”

Ms Demarco took the plunge and took Ess, along with a pest technician to the backpackers hostel. “Ess went into one room and indicated on one bed and not another. The technician then spent one and a half hours inspecting the beds and eventually found bed bug eggs in the timber grain of the bed the dog had indicated on.”

Whilst carrying out the inspection the dog had disappeared. They found him indicating on the replace of a living room, where the technician found both dead and live bed bugs behind the replace. This was a room with an ongoing problem, where an infested sofa had previously been identified and thrown out. Ess also helped find bed bugs in the socket of a TV coaxial cable.

As with any new ‘technology’, it can take time to trust the dog. However, a well trained dog will be exceptionally sensitive to the target odour and very reliable. Ms Demarco recalled another bed bug inspection with Ess, for a different branch.

“Ess indicated on a plug socket. At the time, the initial reaction was that this was a potential false positive as the room had been previously heat treated. However, back at the same property a couple of weeks later the dog indicated at the same plug socket. On removal of the socket, bed bugs were found in the cavity behind,” said Ms DeMarco.

Flick absolutely recognises the value of bed bug detection dogs, which is why it now has its Bed Bug K9 Unit. “We have used detection dogs in both residential and commercial accounts, including hotels, theatres, airplanes and mass transit. Our customers trust us to do everything we can to eradicate their bed bug problem as quickly as possible, and the detection dogs certainly help,” said Dan Bradbury, national marketing manager at Flick Anticimex.

With inspection and detection the key first steps in successful bed bug treatments, using a bed bug detection dog can significantly speed up the inspection process and identify potential bed bug hiding places that might otherwise be overlooked. This then allows an appropriate treatment program to be initiated. Finding more bugs means better pest management. 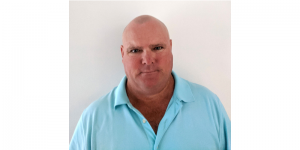 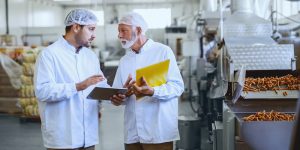 WHAT DO YOUR FOOD INDUSTRY CLIENTS REALLY NEED FROM YOU?