Entomologist Dr Stephen Doggett treats us to a look at bed bugs over the ages.

Bed bugs have long been associated with humans, they have even been found in occupation sites from the time of the Pharaohs, dating back to around 1350 BCE.

In fact, bed bugs were once very widespread, and extremely prevalent, with estimates of up to 70% of British homes in the past having an active infestation. Perhaps it is then not surprising that anecdotal stories through history involving bed bugs are quite common. The following is a small selection.

It is claimed by John Crannell in 1873, that when Nero set fire to Rome, it was due to bed bugs. Apparently, the emperor spent a wretched night on his lectulus (his bed – note the similar name to the species lectularius), woke and found a bed bug on his pillow. In an attempt to burn the insect, he set fire to the mosquito netting, and so the fire began.

According to A New Manual of Homoeopathic Practice by F.G. Snelling, published in 1860, one of the side-effects of bed bug bites includes the production of frequent erections in the morning. Perhaps bed bugs will become the new Viagra!

A common product used to kill bed bugs was ‘Rough on Rats’, with adverts in newspapers beginning in Australia and New Zealand around the early 1880s. The poison contained arsenic and it quickly became the chemical of choice for those with a desire to commit suicide. There were at least 25 deaths between 1885-98 from the product and numerous accidental poisonings. Eventually ‘Rough on Rats’ was placed under the Poisons Act in 1988, which regulated the sale of toxic chemicals and no further deaths ensued.

In the late 1890s, a traveller in the US was writing his name in the hotel register when a bed bug appeared. It is claimed that he said, “…I’ll be darned if I was ever in a place before, where bedbugs crawled over the hotel register to find out where your room was!”

Scenes and cartoons depicting people hunting for bed bugs on postcards were quite common during the late 1800s to around the 1940s. The question lost to history is why? Where these a simple piece of silly fun, or an early form of social media to warn others that a particular establishment was infested?

During the 1930s, there was a religious sect in Tokyo who treated bed bugs (and other insects) as gods. We now call them ‘entomologists’!

In 1933, a wealthy businessman in New York filed for divorce as he found bed bugs in his bed, blaming his wife as the cause and the basis of the divorce. Not surprisingly, he lost his court case (and hopefully his wife found a more sensible husband).

There was a town called Bed Bug in the US, it is now Ione in California. Plus there was (and still is) a Bed Bug Island and a Bed Bug Hill in New Jersey, and there was a Bed Bug Alley in Rhode Island.

The Russian Vladimir Mayakovsky wrote a famous play in 1928 called Klop, which translated means ‘The Bed Bug’. This was a satirical piece on Communist society and was banned after release, with the author committing suicide soon after. The director was sent to one of the infamous Gulags, where he subsequently died.

Perhaps the director of Klop was subject to a famous torture used in the Gulags; a coffin was filled with bed bugs into which the victim was placed. I am sure the Soviet regime of the time would have enjoyed the irony in this.

‘Klop’ was also the name given to the father of the famous actor, Peter Ustinov. Klop Ustinov was a British spy, who would bed women in order to obtain government secrets, hence the nickname. Naturally this was all done in the service of the king!

The term ‘bedbug hauler’ was used for removalist van drivers in the US, while in Australia, a ‘bedbug’ was a boy who lived in a boarding school during the 1950s. ‘Crazy as a bed bug’ was a common term used during the 1930s in the US.

During the WWII, prisoners of war had portions of their liver removed to develop a bed bug poison.

In 1951, the State of Maryland, USA, taxed professional hotel bed bug hunters, by making them take out licences. This made considerable money for the state.

In 1951, a lady doctor painted flies with iodine to make them look like bed bugs. This was to prevent a refugee family from moving into her apartment complex.

You probably know the song Rum & Coca-Cola made famous by the Andrew Sisters. But did you know that the author of the song, Rupert Grant, wrote a piece in 1953 called The Reincarnation? In it he sings about being reincarnated as a bed bug to bite “big fat women”!

During the early 1970s it was noticed that bed bug infestations increased after continual spraying of DDT for anti-malarial campaigns. Perhaps this provides an insight into the origins of modern resistant bed bugs?

Red Symonds of Skyhooks fame (and cranky but funny judge on Hey Hey, it’s Saturday! composed a piece of music for a play relating to bed bugs, which was performed in the early 1980s. The play was a tribute to Mayakovsky’s The Bed Bug, mentioned above.

The above is just a small selection of anecdotes relating to bed bugs through history. Many more can be found in the chapter ‘Bed Bugs in Popular Culture’, in a new bed bug textbook called Advances in the Biology of Modern Bed Bugs, due for release in mid-2017. 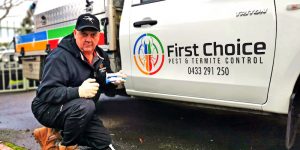 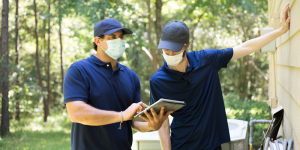