Bayer have announced a notable acquisition in the form of US company Monsanto.

Consolidation in agribusiness continues. Following on from the recent merger between DuPont and Dow, and the acquisition of Syngenta by ChemChina, Bayer has announced the acquisition of US seed company, Monsanto for US$66 billion, in an all-cash deal.

“We are pleased to announce the combination of our two great organisations. This represents a major step forward for our Crop Science business and reinforces Bayer’s leadership position as a global innovation driven Life Science company with leadership positions in its core segments, delivering substantial value to shareholders, our customers, employees and society at large,” Werner Baumann, CEO of Bayer (main picture, left) said in a statement.

The deal will still come under detailed regulatory scrutiny, especially in Europe and the US, before the deal can be approved. However, according to Monsanto CEO, Hugh Grant (main picture, right) “there is very little overlap” between the two companies that might concern regulators. “I think it’s a very clean deal.”

If the deal goes ahead the joint entity, which is yet to be named, will hold around a quarter of the world’s seed and pesticide market and have an estimated market capitalisation of over $125 billion. 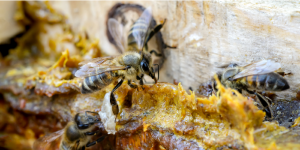