ARE WHITE-TAILED SPIDERS REALLY THAT DANGEROUS?

Necrotising arachnidism is a type of skin inflammation and ulceration that can follow the bite of some spiders. Occasionally, the reaction is so severe that the person loses large amounts of skin and needs extensive skin grafts. However, most people who are bitten have only mild reactions, with a very tiny minority suffering from skin ulceration.

In the 2003 study Geoff Isbister, the study’s author, said cases like these are very emotive and patients don’t like being told it wasn’t a spider. “It’s all about people wanting to be able to label what they have – much better that a spider did this, rather than ‘we are not sure’.”

The University of Newcastle researcher has previously called for medical practitioners to more thoroughly investigate the causes of necrotic ulcers because they are often misattributed to spiders.

“The medical community is by no means immune to the myth of necrotic arachnidism and is responsible for its persistence by not questioning the evidence or investigating necrotic ulcers in the same way as any other disorder,” Mr Isbister said in a 2004 opinion piece in The Lancet.

Researchers are divided, but current theories on the causes of necrotising arachnidism include:

Mistaken identity – some researchers believe that whitetailed spider bites aren’t capable of causing skin ulceration as there are no toxins in their bite capable of causing necrosis. Instead it is suggested that other spiders or other factors are to blame, such as a micro-organism of some type. One school of thought suggests if bites were investigated more thoroughly, it may be revealed that the ulcerative condition is introduced via certain bacteria residing on the fangs of not just the white-tailed spider but other spiders too. These other spiders are, at times, even more prevalent than the poor old white-tailed spider.

Misdiagnosis – in rare cases, a diagnosis of necrotising arachnidism has later been found to be another condition.

Pre-existing medical conditions – various immune system disorders or problems with the circulatory system may predispose a person to necrotising arachnidism.

Localised skin breakdown, loss and death (necrotic lesions) can be caused by a range of other factors, including poor blood circulation (one of the most common causes of leg ulcers), unmanaged diabetes, some fungal and bacterial infections, and burns, such as chemical burns.

The white-tailed spider (Lampona cylindrata) is commonly found in homes throughout Australia. It tends to hide in bedding, or within clothes left on the floor. Most bites occur indoors, at night and in warmer months.

Key features of the white-tailed spider:

The white-tailed spider is found in and around homes throughout Australia. It tends to be more active during warmer weather. Its natural hiding places outdoors will include beneath mulch, leaves and rocks, as well as beneath tree bark. When it comes inside during the warmer months it finds similar ‘artificial’ hiding places. Favourite hiding spots include bedding, towels or clothes left on the floor and other nooks and crannies.

The bite of a white-tailed spider can be painful, but is unlikely to cause necrotising arachnidism, a rare condition characterised by ulceration and skin loss. In most cases, the bite from a white-tailed spider only causes a mild reaction, including itching and skin discolouration, which usually resolves after a few weeks.

Occasionally, necrotising arachnidism has been reported, although it is important to emphasis to customers that this is not a common occurrence and recent research suggests that the white-tailed spider bite is probably not linked to this condition.

Remind your customers that they should try to keep the spider for identification purposes, if they think they’ve been bitten. There are no specific first aid treatments for white-tailed spider bites. Applying an icepack can help relieve swelling and patients should see their doctor if the skin starts to blister or ulcerate. You should not use antibiotics.

As such the best control method is to control all the spiders in the home. A comprehensive exterior surface spray targeting spider hiding places and creating a perimeter treated zone, with a product such as Biflex, should be the cornerstone of any spider treatment. 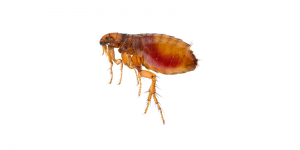 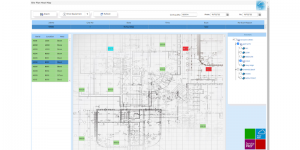 THE BENEFITS OF BARCODING IN RODENT MANAGEMENT