ARE GENE DRIVE MICE THE SOLUTION TO INVASIVE RODENT CONTROL?

Genetic modification of pest species is a sensitive issue. Yet it could ultimately be the answer to keeping invasive species numbers in check, and our native wildlife safe from unnecessary predation.


Genetic modification, or ‘gene drives’ are at the forefront of modern biological engineering. They work by increasing the possibility of a specific allele (a genetic characteristic) being transmitted to a creature’s offspring.

Take mosquitoes as an example. In September 2018, a team of scientists from Imperial College, London, bred generations of malaria-transmitting Anopheles gambiae where females were given two copies of a gene called doublesex, which made them unable to lay eggs.1 The result? Within 7-11 generations, the population of mosquitoes was extinct.

As well as mosquitoes, CRISPR technology (a genome-editing tool) has been used to genetically modify fruit flies, yeast and more recently, rodents. Could gene drives be the answer to the problem of invasive rodent species?

The problem with rodents

Rodents are typically carried into new territories via human transportation, where they quickly establish populations. So it’s perhaps no surprise that house mice are the second most widespread mammal on the planet after humans. The four key pest species – house mice (Mus musculus) and three species of rats (Rattus rattus, R. norvegicus, R.exulans – the Polynesian rat) – present a very real threat to our economy, environment and society.

The most direct economic impact of invasive rodents is on agriculture, with rodents being responsible for large losses (14-66%) in crops such as maize, soybean and rice.2 In Australia, house mouse outbreaks occur every few years and often reach plague proportions of more than 800 mice per hectare, sometimes as high as 3000 per hectare around food sources.

Invasive rodents are also responsible for major biodiversity losses on islands. Islands are often home to endemic species, or species found nowhere else on Earth, and these native species have often evolved without predators. As a result, they are particularly vulnerable to invasive species.

Due to their negative environmental impact, numerous eradication efforts have been undertaken to rid islands of invasive rats and mice. As at 2015, over 1200 successful eradications of invasive vertebrates from islands worldwide had been achieved (source: Database of Island Invasive Species Eradications). In 2018, the world’s largest and most expensive eradication project was deemed a success, when the British Overseas Territory of South Georgia was declared rodent-free. The project took ten years and cost US$13.5 million.

These eradication efforts have been successful in eliminating invasive rodents from over 400 islands. However, eradications rely almost exclusively on rodenticides, which present a number of challenges, including high failure rates, non-target poisoning and high operational costs. Rodenticide-based operations are not suitable for many islands, so there is a need for alternative approaches to rodent eradication.

Are gene drives the answer?

Recently, biologists from the University of California made a leap forward in gene drive technology in mice, as published in a paper in Nature.3 The team, led by developmental biologist Kimberly Cooper, modi ed a ‘marker’ gene they named CopyCat. The study showed that it would be inherited by around 70%, perhaps as much as 86%, of the lab mice’s o spring. This is significantly higher than the natural 50% likelihood, although less than the 95-100% inheritance seen in some mosquito experiments. An unexpected result of the study was that the active-genetics system used by the team only worked in female mice – not males. However, the research is a significant step that has implications for other mammals.

Although gene drives are being developed in mice today, the wild release of modi ed mice is likely to be many years away. However, if permitted, it would see genetically modi ed mice being released to mate with ‘normal’ mice, the o spring of which would inherit specific characteristics determined by scientists in the lab – namely, they would be unable to reproduce.

Unlike with rodenticides, which cost millions of dollars per island, gene driving has high upfront costs (R&D) that will diminish over time. Modi ed rodents present no health risk to humans, pets or livestock, eliminating the often costly need for non-target species management. As an eradication tool is species-specific.

Gene drive rodent control would result in short-term increases of local rodent populations, but once established, would drive down populations by preventing births, as opposed to killing the rodents. It presents a non-lethal method of eradication.

A question of ethics

Genetic modification is a controversial topic. Technological advances outpace the existing capacity of regulatory frameworks, so it raises the question – who will be in charge of these programs? And who is ultimately responsible if biosecurity protocols are breached?

A well managed rodent gene drive could save endangered species on our islands in a relatively short period of time. However, the notion of releasing genetically modified creatures into the environment will face tough opposition from local communities and political parties. Unlike rodenticides, gene drive mice can spread on their own, and biosecurity is the key concern. The topic is likely to become more heated, and more prevalent in the media, over the coming years. 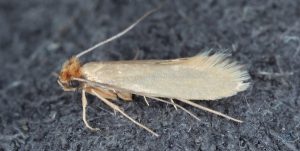