ARE DRONES THE NEW SOLUTION FOR BIRD CONTROL?

Home » ARE DRONES THE NEW SOLUTION FOR BIRD CONTROL?

Developments in research suggest that the use of drones may be the most effective – and non-harmful – way to exclude birds from high value agricultural sites.

For high value crops, such as wine grapes, deterring birds is vital. Vineyards typically use netting, but for larger vineyards, the cost of netting is simply too high.

Other deterrent methods have their limitations. Hiring a person to manually scare the birds is labour intensive and cheaper methods – such as using alarm calls and predator models – are often only successful in the short term.

Researchers from the University of Sydney have come up with a novel solution. Zihao Wang and K.C. Wong propose the use of Unmanned Aerial Vehicles (UAVs) – more commonly known as drones – to fend off pest birds.

Their solution is different to others currently on the market. Many commercial solutions that use UAVs mimic predators, exploiting the pest birds’ neophobia (fear of new objects). However, these UAV systems are susceptible to habituation, whereby the pest birds learn that the UAVs are not a real threat and stop associating the UAVs with danger.

Researchers Wang and Wong propose a new kind of drone that exploits bird psychology. The system comprises two parts: a UAV and a ground control system. Cameras on the ground capture images of pest birds in flight, which are sent to a ground control computer for image processing. The computer then determines whether the UAV should be deployed (it is unnecessary and inefficient to have a UAV deployed all the time).

If the UAV is required, it is launched and follows a path based on the current bird location, determined by footage from cameras on the ground and also cameras mounted on the UAV. The exact trajectory of the UVA’s flight path is mapped using an algorithm the researchers have calculated.

When in flight, the UAV broadcasts distress calls from a loudspeaker. The distress calls mimic the anti-predator noises emitted by birds when a natural predator is spotted. This exploits a natural behaviour seen in birds, as birds obtain information about predation risk from each other. In addition to the distress calls, a crow taxidermy is installed on the undercarriage of the UAV, which appears as captured prey to onlooking birds (main picture, above). Once the birds have dispersed, the UAV is sent home for landing.

This special UAV configuration is designed to engage birds’ well-established abilities to learn to recognise and avoid novel predators. Therefore it can be assumed that the birds will display a long-term fear response towards the UAV.

The researchers tested their system in a series of manual trials at multiple vineyards around south-eastern Australia. Results showed that the UAV can deter large pest birds such as ravens and cockatoos in a 50-metre radius centred on the UAV for an extended period of time. The UAV can also effectively deter small pest birds such as silvereyes for brief periods. On average, a 10-minute flight was sufficient to deter all pest birds from an 8-hectare vineyard. The targeted bird flocks did not return until at least two hours after the UAV flight.

Interestingly, the trials found that the birds were only interested in feeding on the wine grape crop during early mornings (6-10am) and late afternoons (4-7pm). This means the UAV did not need to operate throughout the entire day, as the birds were only active for seven hours each day. With UAV missions lasting only around 10 minutes, this indicates that a high endurance UAV was not necessary, as there was plenty of time between the flights for battery recharging. The results indicate that while one UAV is sufficient to protect vineyards smaller than 25 hectares, multiple UAVs are needed to protect a large vineyard effectively.

The next step is for the autonomous operation of the system to be fully tested. If it proves successful, there is an opportunity for the technology to be used in other situations where birds pose a threat or nuisance, such as airports, chemical spill sites and train stations. A fully automated system removes the need for a human operator, making the technology particularly useful in locations with difficult terrain or hazardous environments.

Furthermore, the researchers devised not only a bird deterring algorithm, but also a bird chasing algorithm, allowing for their system to be used for different purposes. With further research currently being carried out, the system could be available for commercial purposes at some time in the near future. 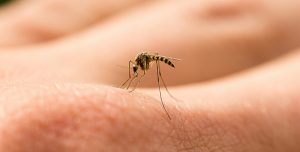 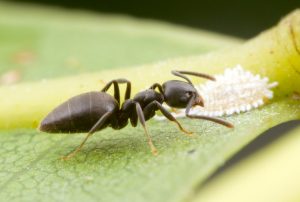 CAN YOU IDENTIFY THESE FOUR SPECIES OF BLACK ANT?