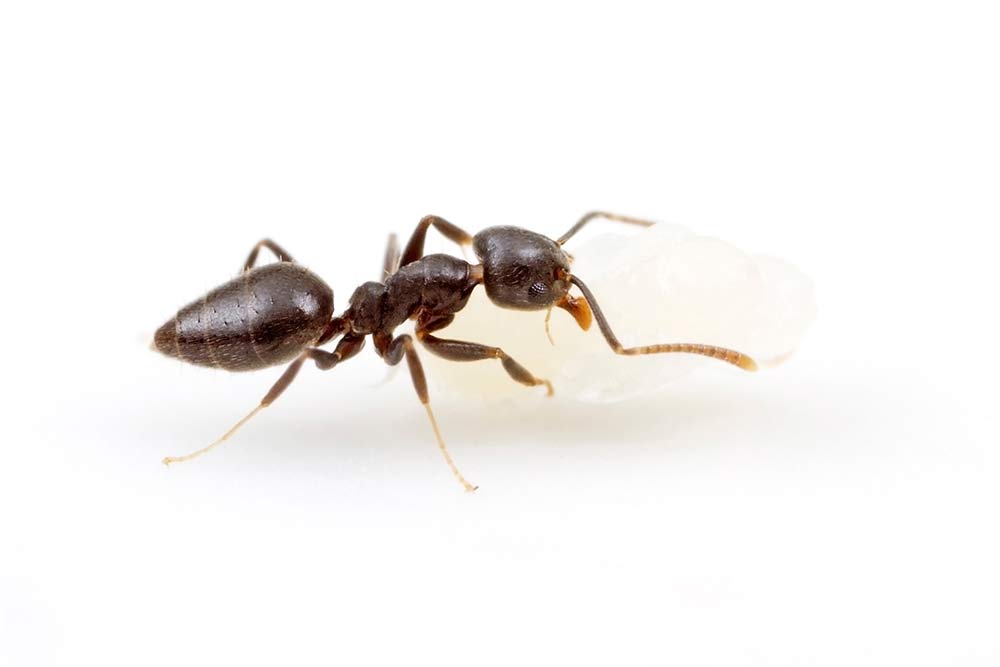 There are a number of species in the Technomyrmex genus, which all could described as white footed house ants. They are all very similar in appearance and only experts will be able to tell them apart. The two most common species are T. difficilis and T. albipes, both of which are found in Australia.

White footed house ants do not nest in the soil – they nest at or above ground level. In buildings they will commonly nest in wall cavities and roof voids.

White footed house ants can form massive colonies of up to several million ants. In these large colonies around half the colony is made of intercastes – secondary female reproductive. There is a nuptial flight each year and after mating on the wing, successful new queens will start a new colony. Over time, as the colony grows the intercastes eventually replace the original queen. These intercastes can also create new nests by budding (leaving the nest will a small number of workers and brood).

Colour: Dark brown to black with white or pale ends to the legs
Size: 2.5 – 3.0 mm
Nodes on petiole: No obvious node

Although omnivorous, black house ants have a strong preference for sugar and will often be seen trailing into trees to collect honey dew from sap feeding insects.

White footed house ants commonly access buildings through adjacent vegetation. Clearing vegetation from around the perimeter of the building and trimming back any branches overhanging or touching the roof will help.

Can sometimes be confused with the black house ant and Argentine ant.

Our main ant information page has other species of ant.